This month’s reading picks in our books column
Events around the Caribbean in July and August, from the Caribbean Premier League to Carifesta XIII in Barbados
The charms of “August holidays” by the beach, a new film from Trinidad & Tobago ("The Cutlass") goes international, and Grenada’s Spicemas keeps the spirit of the Jab Jab alive
As the 2017 Caribbean Premier League T20 cricket tournament opens, Garry Steckles reports on some interesting moves by star players
This month’s listening picks
This month’s film-watching picks
Nutritionists dismiss the ”superfood” trend, promoting obscure ingredients as dietary wonders. Nonetheless, there are Caribbean plants packed with nutrients which ought to be better known. Franka Philip learns about a few of them

Poet Shivanee Ramlochan on her debut book Everyone Knows I Am a Haunting, and why she’s so powerfully drawn to difficult subjects — as told to Nicholas Laughlin
As the Antigua Dance Academy celebrates its twenty-fifth anniversary, it can boast of keeping traditional Afro-Caribbean dance and music alive, writes Joanne C. Hillhouse
An excerpt from the classic Haitian novel Hadriana in All My Dreams, by René Depestre, newly translated
From his jaunty fedora to his bespoke suits, Trinidadian Etienne Charles looks like a jazzman — and he has the musical chops to back it up. A phenomenal talent with the trumpet, he’s also earned a reputation as a composer with a gift for merging traditional Caribbean genres with jazz, Nigel Campbell reports

You can explore your way entirely around the island of Barbados in a single day, enjoying extraordinary beaches, historic architecture, and landscapes varying from gently rolling to dramatically rugged — as in our “clockwise” itinerary
Newcomers to Suriname’s capital are often surprised by its cosmopolitan charms — which you can enjoy on even a brief visit
Jamaica’s beaches are as famous as its reggae and dancehall. But turn from the coast into the lush, hilly interior and you discover why the island’s name means “land of wood and water.” And there’s no better way to experience that wild beauty than to hike up Blue Mountain Peak, as Nazma Muller did
Cuba’s onetime capital, sheltered by the Sierra Maestra, is a living history museum and a cultural epicentre, especially during the July Carnival

It’s an irony of history that the legacy of arch-imperialist Cecil Rhodes includes the education of many Caribbean intellectuals — like Jamaican Rex Nettleford, who arrived in Oxford sixty years ago, writes James Ferguson
In the field of Caribbean human rights law, few have done more on behalf of the vulnerable than Guyanese Arif Bulkan. Raymond Ramcharitar learns about his work in indigenous and LGBT rights
Martinique’s Bibliothèque Schoelcher is a storehouse of history in more ways than one
Year-round sunshine, endless breezes, gushing rivers: most Caribbean countries have ample natural resources to harness renewable energy. So why is the region so dependent on fossil fuels? Erline Andrews investigates 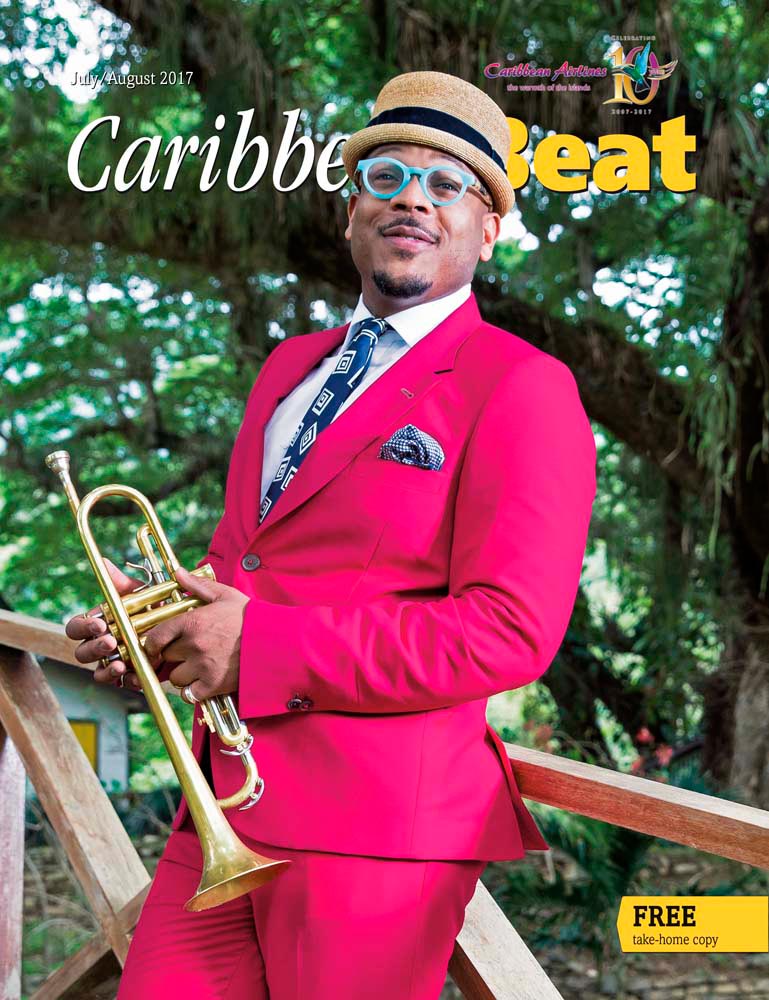