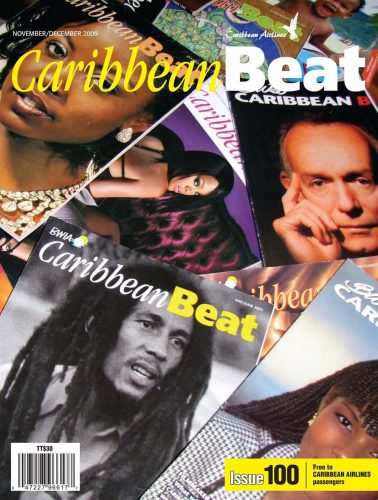 Caribbean Beat was launched in January 1992 as the inflight magazine of BWIA (British West Indian Airways), the Trinidad & Tobago-based airline founded in November 1940. The magazine partnered with BWIA for 15 years and 82 issues, publishing quarterly until August 1995, and then publishing bi-monthly from September 1995.

A wealth of Caribbean people & history

We get requests all the time from people looking for archive material from Caribbean Beat, which sometimes is the only trusted source for a range of West Indian and Caribbean subjects and material — personalities, culture, music, sports, history, business, arts, and more. We recognise how important these archives are, particularly as Caribbean pioneers and personalities pass on, often before their life and work has been properly documented.

We’ve been painstakingly digitising and uploading back issues over several years — scanning photos, transcribing or scanning text, proofing, treating photos, laying out, and finally bringing it all online. As far as possible, we reproduce articles and issues as they originally appeared, not altering or updating them in any way.

Given the pitfalls of the digitisation process, errors are sometimes introduced. If you come across anything like that, please contact us so we can correct and address it.

Ordering a back issue

If you require material from a back issue urgently and it is not online or in its complete form, you can order a copy online. Please make sure to indicate which issue you would like in your order.

In late 2020, the magazine launched an immersive digital brand extension called Wanderer, powered by Caribbean Beat. You can check our back issues here.