In this issue:
A round-up of current events on the Caribbean calendar
David Pye offers a sneak preview of the new luxury resorts of the Dominican Republic
Ecology, history, diving and Belikin beer: Bob Berwyn enjoys an all-inclusive vacation in Belize
St George’s University, in the tropical setting of Grenada, was once considered merely an offshore American institution. Not any more!
Guyanese writer Karen King-Aribisala discovered there’s a fine line between fiction and reality when she wrote an award-winning novel
This Bahamian hip hop duo is ahead of its time. So they’re packing their bags to go in search of fame and fortune...
A brief look at Caribbean people doing extraordinary things
Winsford Devine has written over 500 calypsoes, many of them classics. He hasn’t always been given his dues, but that won’t stop the music...
For most people, Trinidad Carnival only lasts two days. But for the men and women who build or sew the thousands of costumes, the season starts early
70 In south Trinidad, a group of women is working towards building the only all-female drug rehabilitation centre in the region.
What do you get when you add master designer Meiling to affordable chain-store fashion?
T&T Ent funds performers to help them put the country on the map
Students around the region and beyond can now link to the web-based classes form Trinidad. James Fuller logged on
Reviews of some new Caribbean Books
Reviews of some new Caribbean CDs
Reviews of some new Caribbean DVDs
Garry Steckles risks the wrath of connoisseurs by anointing Konris Maynard of tiny St Kitts-Nevis the calypso monarch of the Caribbean
As Cubans mark 50 years of Fidel, James Ferguson looks back at the day when Castro and Che Guevara first came to town
Franka Philip hits pay dirt with ground provisions
West Indies batsman Daren Ganga has also been hailed as Trinidad and Tobago’s most successful cricket captain... 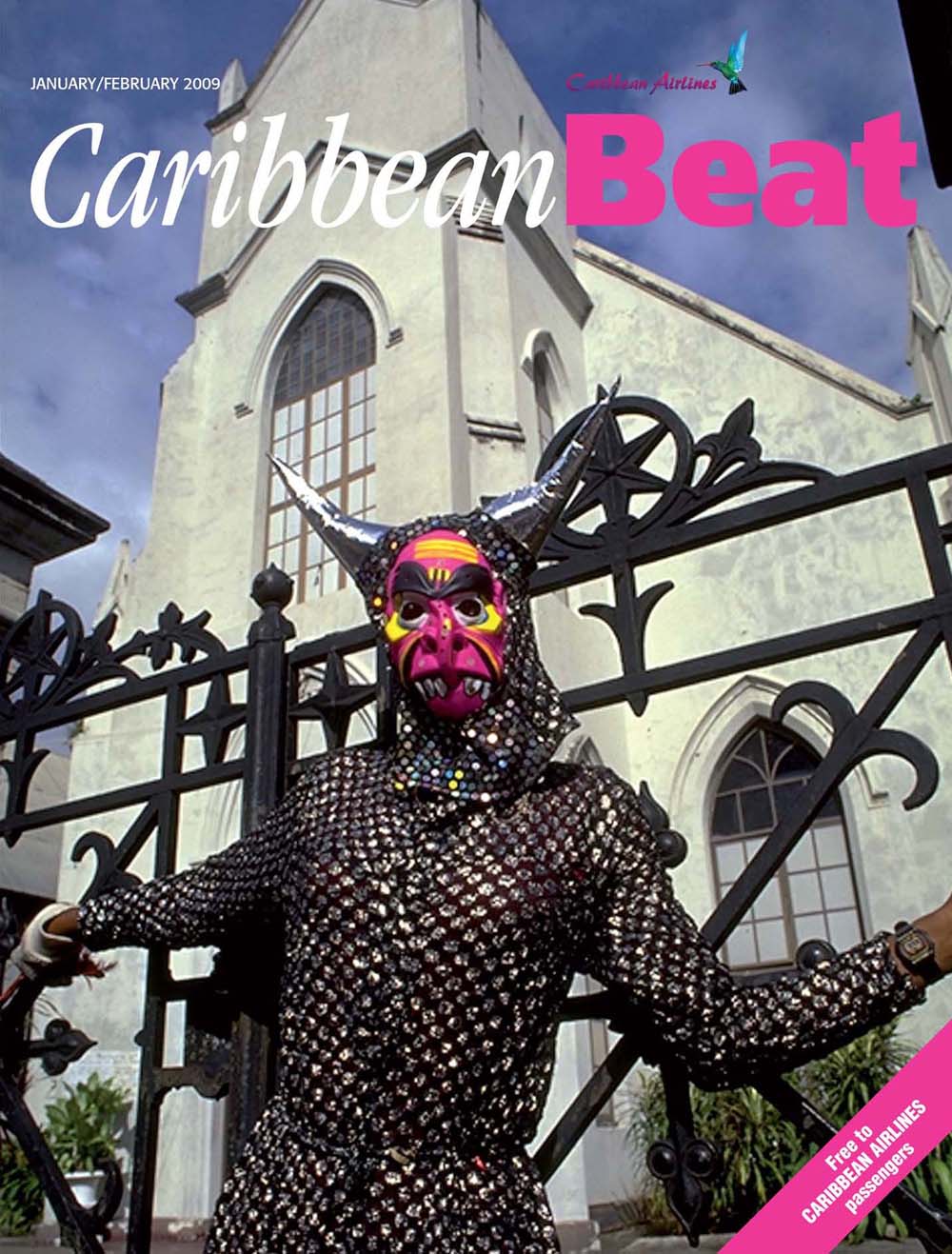