Her culinary flair has made Yvette LaCrette “the Caribbean’s go-to-chef” in New York City, her home base. As Melissa Noel learns, Chef LaCrette is an always eager ambassador for the Spice Island
This month’s film-watching picks
This month’s listening picks
This month’s reading picks
When Trinidadian Dexter Webb decided to run the New York Marathon as a fortieth-birthday challenge, he knew it would be tough — but he didn’t guess it would also be addictive
Grenadian Ana Granada turns breathable tech fabrics into cool activewear silhouettes
The Gimistory festival tells tales around Cayman, Caribbean writers headline at the Miami Book Fair, soca star Machel Montano makes his big-screen debut — and paranging till it hurts in Trinidad
Events around the Caribbean in November and December, from the Bahamas International Film Festival to a celebration of ballet in Cuba

Leroy Sibbles of the Heptones on growing up in Trench Town, the golden days of Jamaica’s Studio One, and what’s missing from today’s music — as told to Garry Steckles
In the distant latitudes of Scandinavia, three artists with Caribbean roots are making hard-hitting works that ask difficult questions about history and power. Nicole Smythe-Johnson talks to Jeannette Ehlers, Michelle Eistrup, and Sasha Huber
She’s a musical legend: the first woman to win T&T’s Calypso Monarch title, beloved by generations of Caribbean listeners. Now her latest album is winning her fans across Europe, and taking her sixty-year career in an unexpected new direction. Joshua Surtees profiles the inimitable Calypso Rose
Two friends in a bar, and a problem to solve. New fiction by Barbara Jenkins

On a business trip to Guyana’s capital with a few hours to spare? A free day to explore? Our quick guide to getting the most out of Georgetown when time is tight
How many amazing beaches are there in the Caribbean? Far, far too many to list. But here’s a start: a beach for every letter of the alphabet, from Anse La Roche in Carriacou to Zion Hill in Jamaica
The unofficial Caribbean capital of North America was once an independent city, and it still feels that way. With so many museums, parks, restaurants, and neighbourhoods to explore, who needs Manhattan?
Six Barbadians from diverse backgrounds talk to Nailah Folami Imoja about their lives and work, what they love best about their home island, and their biggest hopes for the future, as Barbados marks fifty years of Independence

Sixty years ago, a squadron of battle-hardened guerrillas landed on Cuba’s south-east coast, launching the revolution that would soon grip the world’s imagination. And the heroically leaky boat that got them there? It was named for someone’s grandmother. James Ferguson remembers the story of Granma
Agriculture is an essential industry — how else do we feed ourselves? — but traditionally has been considered back-breaking, thankless, old-fashioned work. That’s starting to change, Erline Andrews reports, as a new generation of young Caribbean “farmer-preneurs” adopt the latest technological advances in one of human-kind’s oldest activities
Christmas is about goodwill, family, friends — and presents. But showering your loved ones with gifts doesn’t have to mean brand-name imports. Nazma Muller suggests some sustainable and very covetable Caribbean-made holiday presents 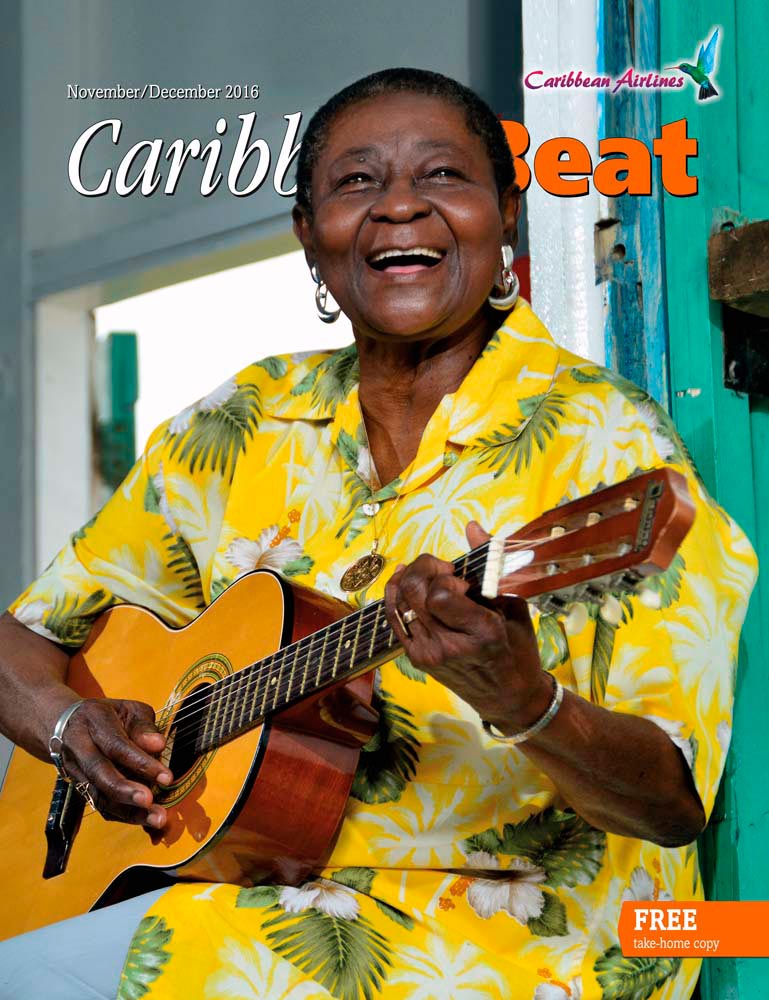