Trinidad and Tobago’s cocoa has long been considered among the best in the world, even though production has been declining for decades. A new generation of artisan chocolatiers are hoping to change that trend — while creating unique world-class chocolate products at home. Franka Philip finds out more
This month’s film-watching picks
This month’s listening picks
This month’s reading picks in our books column
St Lucian poet, playwright, and Nobel laureate
The Pure Grenada Music Festival makes room for many genres, and traces of Bhojpuri, brought from India over a century ago, still liven Guyanese speech
Events around the Caribbean in May and June, from the Timehri Film Festival in Guyana to Dominica’s Hike Fest

Caribbean Beat celebrates its 25th anniversary in 2017. But this isn’t only an opportunity to look back at our quarter century of publication: it’s also a moment to look ahead to the new generation of talented, determined Caribbean people who will shape the decades ahead. In this special feature, we introduce 25 remarkable young people aged 25 and under. Athletes and entrepreneurs, artists and scientists — they and their contemporaries are the future of our region

On a business trip to the capital of the Bahamas with a few hours to spare? Overnighting before you board your cruise ship? You can catch the essential flavour of Nassau even on a brief visit
How did tiny Nevis come to have one of the Caribbean’s most famous beach bars? Garry Steckles meets Llewellyn “Sunshine” Caines and hears the story behind his Pinney’s Beach establishment, its celebrity clientele — and the lethally delicious Killer Bee rum cocktail. Plus: why a new geothermal project could soon make the island one of the world’s greenest destinations, and an exporter of energy to its neighbours
No longer a sleepy fishing village, this community near St Lucia’s northern tip has become the island’s tourism centre, thanks to its proximity to Rodney Bay
For generations, the plains of Caroni in central Trinidad were the agricultual heart of the island. The busy town of Chaguanas and its vendor-lined streets now dominate the area, but across the surrounding countryside still sprawl small farms and villages. Photographer Andrea de Silva and writer Alva Viarruel explore this landscape of Indo-Trinidadian culture

Suriname’s blue poison dart frog is a living treasure of the rainforest
It’s considered a landmark of ornithology, and it was published one hundred and ninety years ago: John James Audubon’s massive Birds of America. Born in Haiti, Audubon had a restless life spread across continents, but along the way he transformed himself into a leading expert on the birdlife of North America. As James Ferguson explains, his legacy in science and conservation still endures 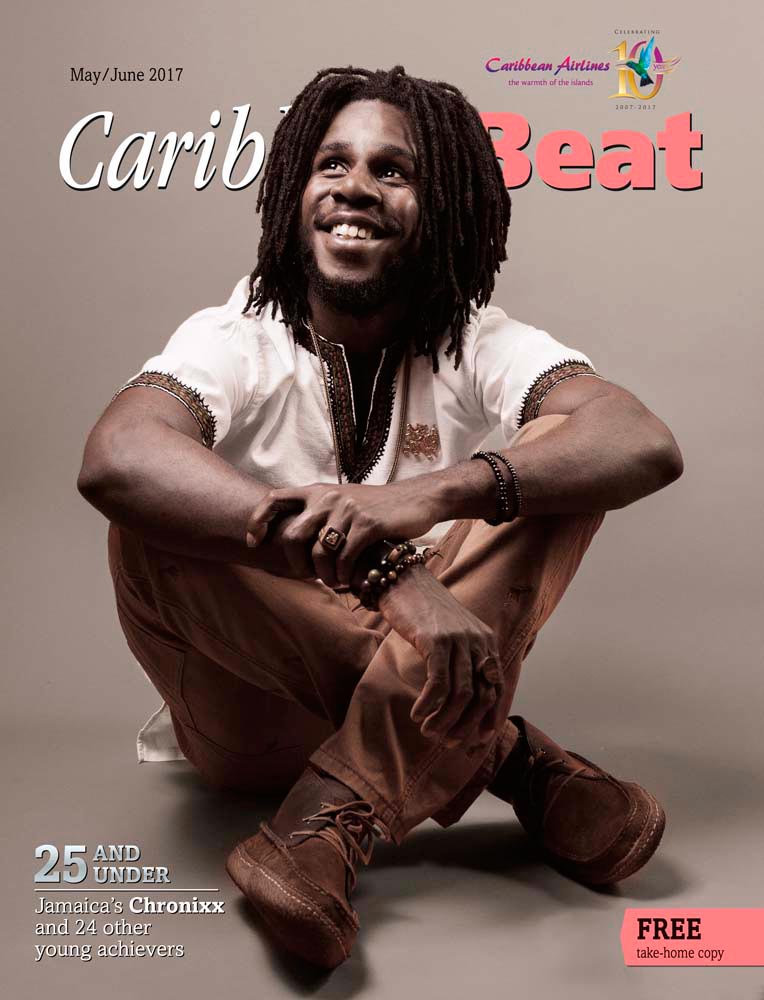