In this issue:
Jamaica-born, London-based cultural studies scholar Stuart Hall on his Jamaican background, Caribbean culture, and the conference held in his honour
The January/February 2004 issue of Caribbean Beat paid tribute to the major designers of the “pretty mas” era of Trinidad Carnival. A year later, Dylan Kerrigan pays tribute to the creatures of the mas
It’s common knowledge that wild Indians have been a part of Trinidad Carnival for more than a hundred years, but what not many Trinis know is that New Orleans' Mardis Gras Indians are close cousins
Maybe you’re NOT in Trinidad for Carnival. If you can resist the music, the masquerade, and the mayhem, maybe you can be enticed to run through our A to Z...
Hurricane Ivan tore through the Caribbean in September 2004. Its first and hardest hit target was Grenada. But just four months later, the recovery is well underway
Why does the world believe tasty things must be bad for you? Anu Lakhan analyses the concept of guilty pleasure • Plus a guide to eating on the street
James Ferguson on The Humming-Bird Tree, Ian McDonald’s novel about growing up in pre-Independence Trinidad
Garry Steckles goes back to the birth of calypso cricket and explains why Lord Beginner’s Victory Test Match means so much to him — and thousands of other West Indies cricket fans
Richard Costas reports on the Caribbean Single Market and Economy, or CSME, which could bring about the most important economic and social changes in the Caribbean's economic history
Harry prepares for his first Carnival 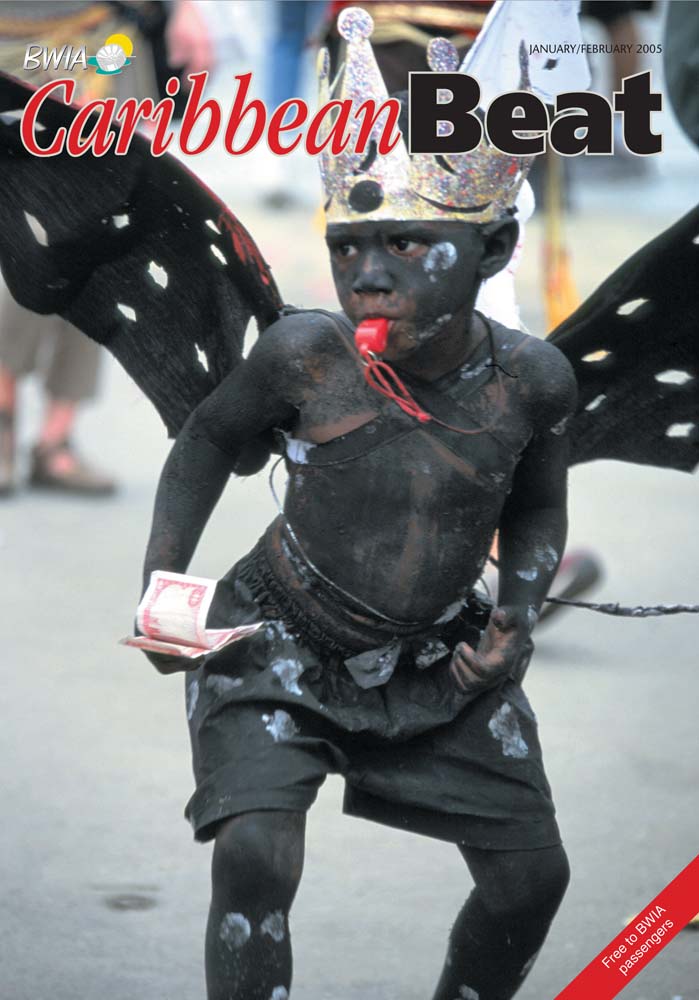