A note from our editor

The past weeks have been a difficult and worrying time for many of us across the Caribbean and around the world. The COVID-19 pandemic has disrupted our lives, our daily routines, and our peace of mind in ways we could hardly have imagined not long ago.

The disease has also disrupted our freedom to travel, with borders closed, quarantine regulations in place, and thousands of flights cancelled. And it means that, for the first time in twenty-eight years, Caribbean Beat’s regular publication schedule has been interrupted.

The issue of the magazine we planned for May/June 2020 is postponed, and like many of you, the Caribbean Beat team is following social distancing measures by working from home. Since we can’t share a new edition with you now, we’ve done the next best thing. Every fortnight in May and June, we’ll curate a special online edition of Caribbean Beat that delves into our extraordinary archive — stretching back to 1992 — and pulls together articles on a relevant theme.

For our first special edition, no theme seems more relevant than Caribbean resilience.

The history of our region is troubling and often violent. It includes centuries of colonial exploitation, wars and revolutions, slavery and indentureship. Yet Caribbean people, communities, and cultures have demonstrated their strength and resourcefulness over and over again. The tribulations of our past and present have inspired our audaciously rich culture.

In the articles we’ve assembled below, you’ll learn about the Caribbean’s indigenous First Peoples and their tenacious survival of colonial violence. You’ll travel to one of Jamaica’s Maroon communities, and meet the Merikins of south Trinidad’s “company villages.” You’ll read about the short but extraordinary career of Andy Palacio, who brought the music of the Garifuna of Belize to international attention before his untimely death.

You’ll also learn about ancestral traditions that have stubbornly survived through generations — like the complex game of warri, which originated in West Africa and is still played today in Antigua and Barbuda and Barbados, and the Ramayn performances brought from India in the nineteenth century by Trinidad’s Hindus. You’ll meet the dalang whose mission is to preserve the ancient Javanese shadow-puppet theatre in Suriname.

You’ll find the story of the thousands of men from the British West Indies who served in the First World War, and get an introduction to Guyana’s Red Thread collective, longtime fighters for the rights of women and young people.

For sports fans, there’s a profile of Donna Symmonds, the Barbadian lawyer who defied gender stereotypes to become the first woman to do live Test cricket commentary in the Caribbean; and a touch of comedy in an account of of a young woman running in Kingston’s Emancipation Park, persisting despite the unofficial commentary of bystanders.

For art aficionados, we have a profile of Guadeloupean Kelly Sinnapah Mary, whose provocative work tackles “riddles of survival.” Then hear how Jamaican poet superstar Staceyann Chin overcame a troubled childhood and homophobic prejudice on her path to fame.

Finally, end with a dose of literature. In “Cold Comfort” by Pamela Mordecai, you’ll meet a Jamaican woman whose job-hunt in a cold northern city takes an unexpected turn, while the late Irma Rambaran’s moving short story gives us “A Simple Man” who finds a way to cope with the memory of family trauma. Last but never least, we offer “Shandilay Bush”, a poem by Roger Robinson, published in our pages just a few months ago — a hymn of healing, “to remind you / of life, of oh sweet sweet life.” 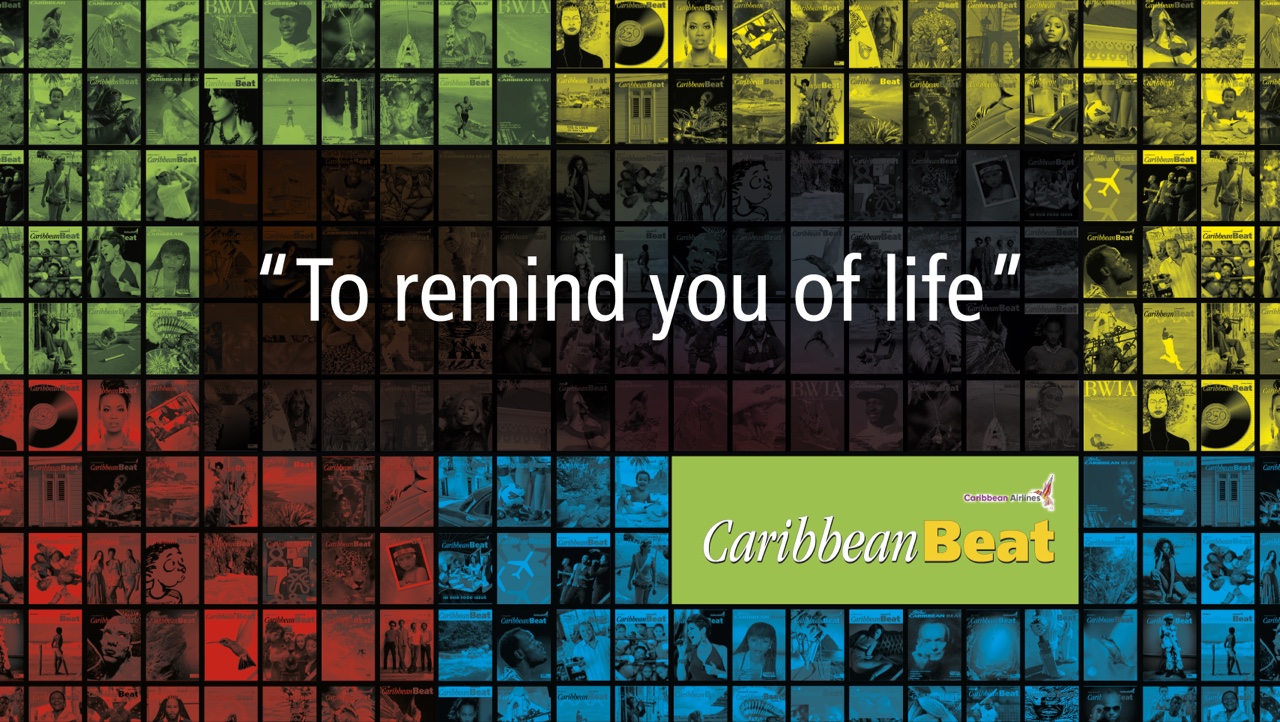 In this special issue on Caribbean resilience:

The people before Columbus, Autumn 1992
Kim Johnson goes in search of the Caribbean’s earliest inhabitants — and explains their role in the region’s dream of freedom

Heroes of the forgotten war, July/August 2016
Two hundred years ago, a group of free black veterans of the War of 1812 arrived in Trinidad. In the island’s deep south, the villages they founded still preserve the traditions of the “Merikins,” as Judy Raymond discovers

The bard of the Garifuna, May/June 2008
Andy Palacio died at the peak of his career. Simon Lee traces the life of the Belizean world music star

Why warri, Summer 1993
Rooted in Africa, warri is a board game of fiendish complexity, and is still played in Barbados and Antigua. Valerie Jones meets the last of the warriors

Going Ramayn, March/April 2000
Niala Maharaj on a traditional Trinidad therapy — the musical rendition of a sacred Hindu text, the Ramayana

Man of shadows, March/April 2015
The ancient shadow-puppet theatre of Java, known as wayang, was brought to Suriname in the nineteenth century — and survives thanks to the efforts of dalang Sapto Sopawiro. Chandra van Binnendijk meets the master

The war after the war, November/December 2018
Thousands of men from the British West Indies enlisted in the armed forces during the First World War, playing a crucial but often thankless role in the Allied victory. And when the fighting was over, another struggle for respect and recognition began, as James Ferguson recounts

Threads that bind, November/December 2014
The Guyanese advocacy group Red Thread began in 1986 to help women at a time of economic problems. Thirty years later, the collective is a major force in the region advocating for the rights of women and young people, learns Lisa Allen-Agostini

“What she know about cricket?”, March/April 2000
She’s Barbadian. An attorney-at-law. A cricket commentator. She is Donna Symmonds, the first woman to successfully breach the hallowed walls of the commentary box. Georgia Popplewell reports

Running commentary, March/April 2006
Kellie Magnus used to run with headphones on. Back in Jamaica, she discovers a whole new soundtrack

Cold Comfort, March/April 2004
“Is three hard thing to be in this place — a woman that’s black, and that’s old.” A short story by Pam Mordecai

A Simple Man, March/April 2002
“Things have a way of working out.” A short story by Irma Rambaran

Shandilay Bush, January/February 2020
“When the fevers will not end …” A poem by Roger Robinson