A note from our editor

As the COVID-19 pandemic continues to disrupt what we understood as our ordinary lives, we’ve all been forced to adopt new ways of working, learning, socialising, and even supplying our most basic needs. Almost every day brings new tips and tools for housekeeping under lockdown, shopping without leaving your home, and nurturing relationships with family, friends, and colleagues remotely. If these times demand great resilience, they also demand innovation — from doctors and scientists, businesses, politicians, and everyone else.

Inside our second special issue

Finding new ways to survive and thrive is something we’re good at in the Caribbean. Our New World story is about triumph over adversity through sheer inventiveness. Hence the theme of Caribbean Beat’s second special online tradition, once more drawing on our rich archive: Caribbean innovation.

In the articles we’ve assembled here, you’ll read about pioneers, groundbreakers, explorers, and inventors in all fields, and across generations — such as the NASA scientist Camille Wardrop Alleyne, entomologist Dave Chadee, and coder Alan Emtage (the inventor of the online search engine). You’ll read about a breakthrough cancer treatment developed in Cuba. You’ll also hear from Sir Hilary Beckles, vice chancellor of the University of the West Indies — one of the regional institutions leading the Caribbean into the future.

Learn about Dominica’s Create Caribbean, a project using cutting-edge digital humanities to help young people respond to the trauma of 2017’s Hurricane Maria, and about the young St Lucian entrepreneur Johanan Dujon, who turned a sargassum invasion into a business opportunity. Meet Jamaican Ingrid Riley, whose Kingston Beta led the way in supporting Caribbean tech startups, and the bright young talents behind two video game developers in Barbados and Trinidad. Hear how Caribbean chefs are experimenting with new versions of curry — one of the region’s distinctive flavours. Pay a visit to Guyana’s Iwokrama International Centre, global pioneer in sustainable rainforest conservation.

Caribbean culture and art are full of innovators, too. Here are the groundbreaking Jamaican music producer “Coxsone” Dodd, soca music inventor Lord Shorty, the maverick anti-colonial thinker Frantz Fanon, and the pioneering Martiniquan filmmaker Euzhan Palcy — subject of Caribbean Beat’s first ever cover story, back in 1992. Here too are profiles of the women and men shaping the evolution of the steel pan, T&T’s national musical instrument — and an icon of Caribbean cultural ingenuity.

Innovation doesn’t always have to be world-shaking. Sometimes the most satisfying experiments are the humble ones we try at home — like Anu Lakhan’s account of trying to recreate the perfect toffee recipe.

Here you can also encounter the work of five artists working in digital media, and four writers of sci-fi and speculative fiction imagining new Caribbean worlds. Finally, end with a tribute to the late, iconic Barbadian poet and scholar Kamau Brathwaite, published in an online exclusive on 11 May, which would have been his ninetieth birthday. Brathwaite’s best-loved book, The Arrivants, ends with a vision of Caribbean people “making with their rhythms something torn and new” — a perfect summary of the task we all face in the months and years ahead. 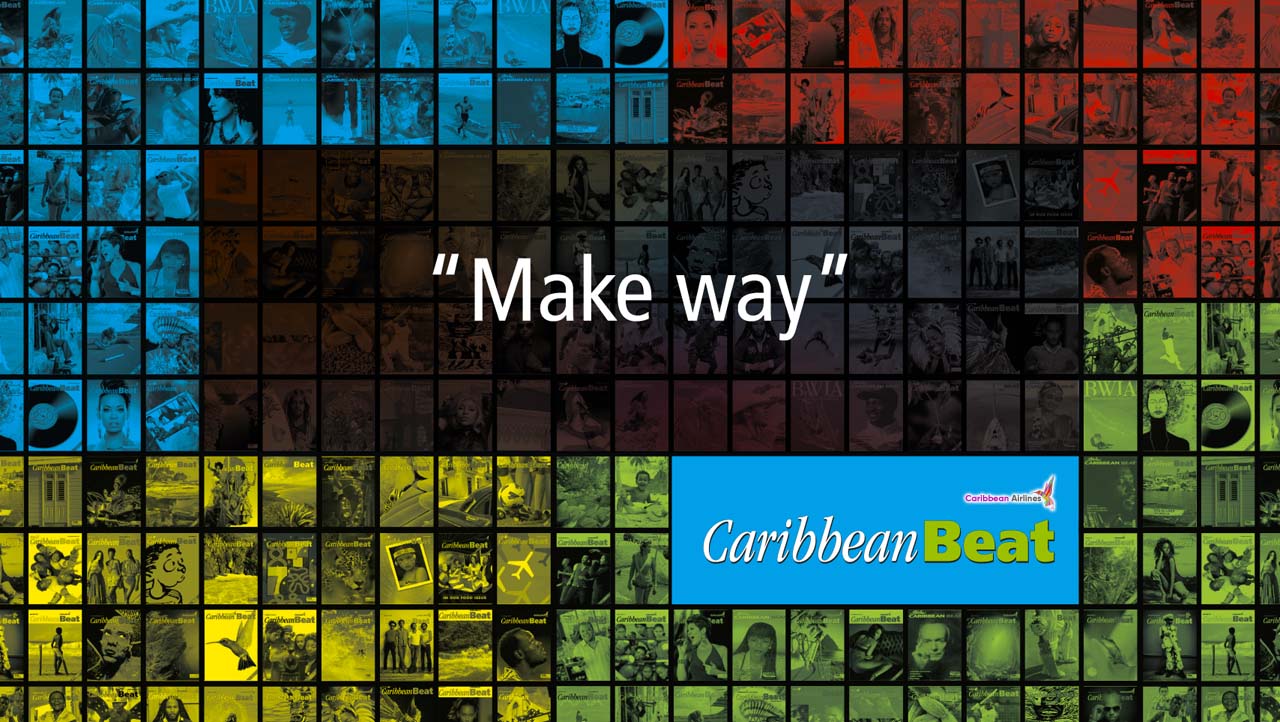 In this special issue on Caribbean innovation:

Another giant leap, May/June 2015
When a three-year-old Camille Wardrop Alleyne watched the 1969 Moon landing on TV, she couldn’t have imagined she’d one day be part of the exploration of outer space. And her second passion, as Erline Andrews discovers, is the campaign to get more young people into the fields of science, technology, engineering, and math

Mosquito man, March/April 2014
Most people don’t think of entomology as a life-saving profession, but going by per capita impact, mosquitoes may be the most dangerous animals on Earth. And Trinidadian scientist Dave Chadee stands in the middle of a “perfect swarm” of the tiny bloodsuckers. Nazma Muller learns about his groundbreaking research, with the potential to save millions of lives

The codefather, July/August 2013
Georgia Popplewell meets Alan Emtage, the Barbadian coder who wrote the world’s first search engine — and forever changed how the Internet works and how we use it

Revolutionary medicine, September, October 2016
The CimaVax vaccine may be the biggest breakthrough yet in the treatment of lung cancer — and it’s just one of the success stories of Cuba’s biotechnology innovation. Nazma Muller investigates

“I’m aware of how fragile the Caribbean is”, May/June 2019
Sir Hilary Beckles, Barbadian historian, cricket enthusiast, and UWI vice chancellor, on his intellectual formation, the role of a Caribbean university, and the moral imperative of slavery reparations — as told to Shelly-Ann Inniss

Tech to the people, May/June 2018
Founded by scholar Schuyler Esprit, Dominica’s Create Caribbean was well on its way to making tech tools for education available to all. Then Hurricane Maria hit. Lisa Allen-Agostini discovers how the digital humanities project is putting the pieces back together

Seaweed for sale, January/February 2018
For St Lucian Johanan Dujon, sargassum-covered beaches are’t just a problem — they’re an opportunity. As Erline Andrews learns, Dujon has his eye on a regional market for his Algas Organics line of fertilisers

A compendium of curry, March/April 2017
From Jamaican goat to Trini doubles, curry is one of the definitive flavours of the Caribbean. There are hundreds of curry blends around the world — what are the Caribbean’s best, and how are they evolving? Franka Philip finds out

All in the family, November/December 2004
When calypsonian and soca pioneer Lord Shorty reformed his flashy lifestyle and retreated to rural Piparo in the late 1970s, Trinidadian music would change forever. Georgia Popplewell explains

Black skin, no mask, March/April 2004
Frantz Fanon was a brilliant, maverick thinker, a theorist of anti-colonialism who tried to understand the damaged psyche of his native Martinique and the violence that racked his adopted country, Algeria, in its struggle for independence. Jeremy Taylor searches for the man behind the revolutionary icon

Making waves, Spring 1992
Filmmaker Euzhan Palcy is “one of a long line of Caribbean visionaries,” writes Bruce Paddington, director of the first feature film ever made in Martinique, at the age of just twenty-five

The great toffee experiment, July/August 2006
Anu Lakhan embarks on the Great Experiment: to recreate, or at least approximate, the perfect toffee

Stories of steel, March/April 2019
Carnival is the season of steelpan. But behind the Panorama stage, the future of T&T’s national musical instrument will be shaped by administrators, craftspeople, arrangers, and educators — like these men and women profiled by writer Sharmain Baboolal and photographer Mark Lyndersay

Stories of what-if, March/April 2016
Call it sci-fi, speculative fiction, fantasy — it’s one of the world’s most popular genres of storytelling, and a growing wave of Caribbean writers are bringing our voices, culture, and history to tales of mythical pasts and thrilling futures, lost worlds and faraway planets. Philip Sander talks to sci-fi authors Nalo Hopkinson, Tobias Buckell, Karen Lord, and R.S.A. Garcia

Kamau Brathwaite (1930–2020), May 2020
To mark his ninetieth birthday, 11 May, 2020, Kelly Baker Josephs explains the groundbreaking influence of the late Barbadian poet and scholar, perennially ahead of his time