In this issue:
A round-up of current events on the Caribbean calendar
Gail Alexander reports on how Trinidad and Tobago’s capital is preparing for the next Summit of the Americas and a US President Barack Obama
Tobago is showing hotel owners ways to cut costs – while keeping their island clean and conserving resources
Often thought of as stodgy and dull, the humble breadfruit has an exciting history that’s part of one of the most famous seafaring stories
This young jazz trumpeter, based in Toronto, leads no fewer than seven bands, and can switch styles as easily as he changes his socks.
Poet and novelist Ian McDonald shares his memories of a rich and happy life with Nicholas Laughlin
A brush with death showed guitarist Theron Shaw what was really important in life. In his latest recordings and performances, he’s changed focus...
When Caribbean Beat went to press, the West Indies were celebrating a stunning first-Test victory in Jamaica over the touring English team...
The half-century career of Byron Lee, Jamaican bandleader and businessman, stretched the length of the region and covered many genres of its music too
Nicholas Laughlin tells the curious tale of how a middle-aged 17th-century German housewife and mother travelled to the tropics...
Ray Funk is part Sherlock Holmes and part Santa Claus. An expert on pan and calypso, this Alaskan judge combs the Internet in search of valuable info
Bogle, butterfly, pepperseed, gully creeper, nah linger, passa passa…there’s no end to the amazing variety and gymnastic agility of Jamaican dance...
Somewhere between silly point and cow corner, James Fuller is bowled over by a great West Indian cricketing tradition, the fete match
South Trinidad’s Space La Nouba nightclub has an intergalactic design that can make patrons feel carried away
Ashley Christmas knows where he belongs, and he wants everyone else to feel the same way – thanks to his new line of leisure wear
The new music and books that are reflecting the region right now
Garry Steckles shares his personal memories of the late musical maestro Byron Lee
Thirty years ago, Grenada was led by Eric Gairy, champion of the poor, a political despot and a firm believer in UFOs...
Caribbean Beat cookery writer Franka Philip gets to meet one of her culinary heroes, Dan Lepard of the London Guardian
Morris Aberdeen is a locktician. That is, he’s a master of the art of making dreadlocks look elegant. Celebrity locks-wearers beat a path to him. 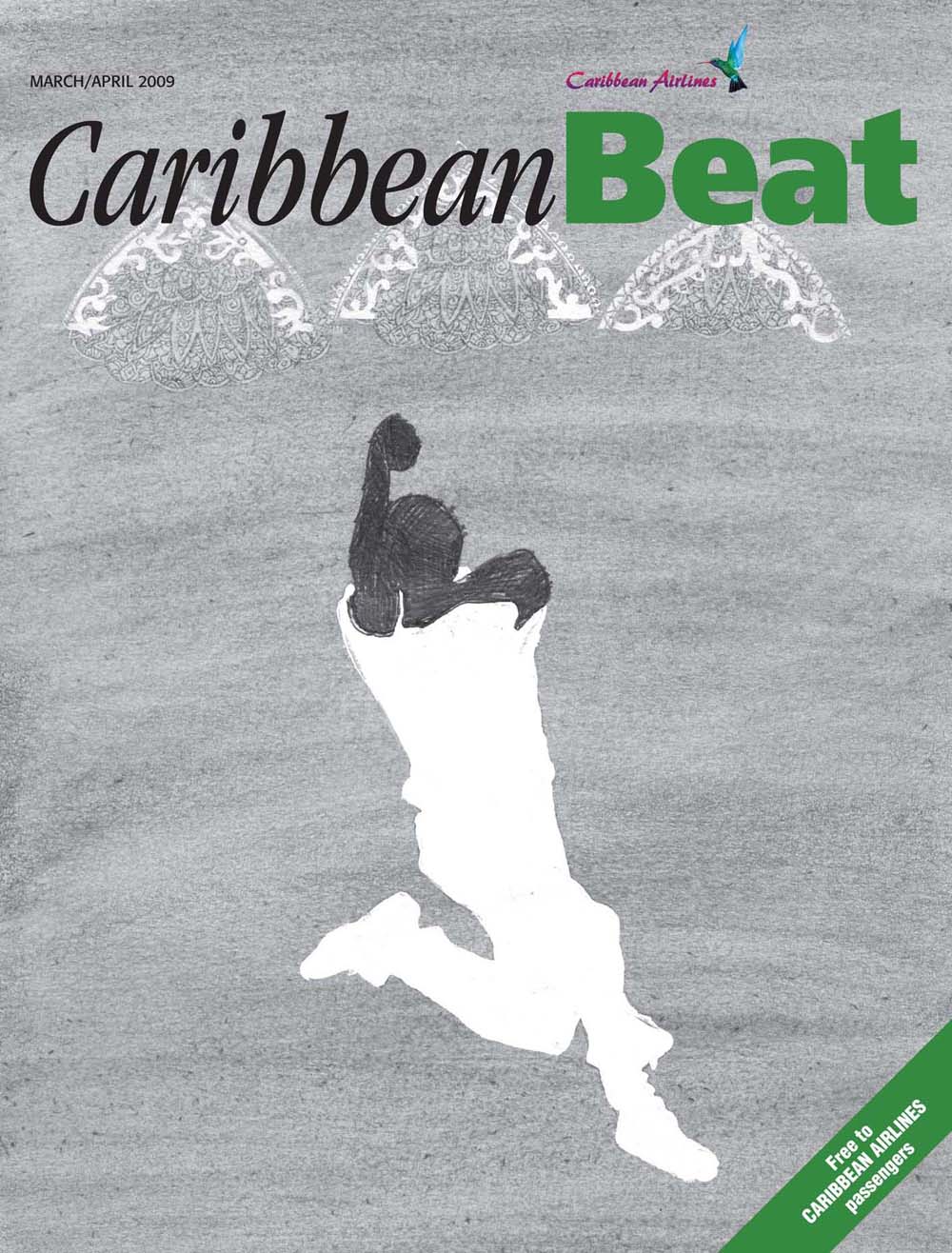