In this issue:
A brief look at the events that will have the Caribbean buzzing in November and December
Carefree living may be synonymous with the Caribbean, but saving the environment is serious business everywhere.
Jim Westlake plays guitar in a rock band, even though he’s also busy overseeing the Caribbean regional banking institution RBTT’s merger with the Royal Bank of Canada...
They speak English with a Jamaican twang and listen to reggae and dancehall. But...
Ray Funk traces Trinidadian dancer Beryl McBurnie’s stellar career in 1940s New York
A brief look at Caribbean people doing extraordinary things
His father was Guyana’s first international recording artiste and he is intent on keeping that legacy alive
Laura Dowrich-Phillips digs up stylish and surprising accessories made from local materials
Sharon Millar rummages through the historical documents in a tiny museum-cum-library in St Kitts
Mesmerised by the sound of the Laventille Rhythm Section, David Katz didn’t notice he was being baptised in blue paint at 3 am one Trinidad Carnival
Reviews of some new Caribbean CDs
Reviews of some new Caribbean books
Garry Steckles anxiously awaits the international release of Calypso Dreams, a movie that brings together Trinidad and Tobago’s best–known performers
When Germany’s Jews decided to flee the Nazi onslaught in November 1938, they found refuge in the Dominican Republic...
James Fuller was a “bitters virgin,” but after discovering that Angostura goes with everything, including his morning cuppa, he’s now a seasoned user
Judy Raymond traces the long and exciting journey of Angostura bitters’ inventor Dr JGB Siegert, from the battlefield of Waterloo to the rainforests
Franka Philip has a new home, and Boxing Day dinner will be her first bash there. In true Caribbean fashion she’s planning a feast for the occasion
Forget the 12 days of Christmas: in St Vincent they celebrate for only nine—but they start from as early as 3am 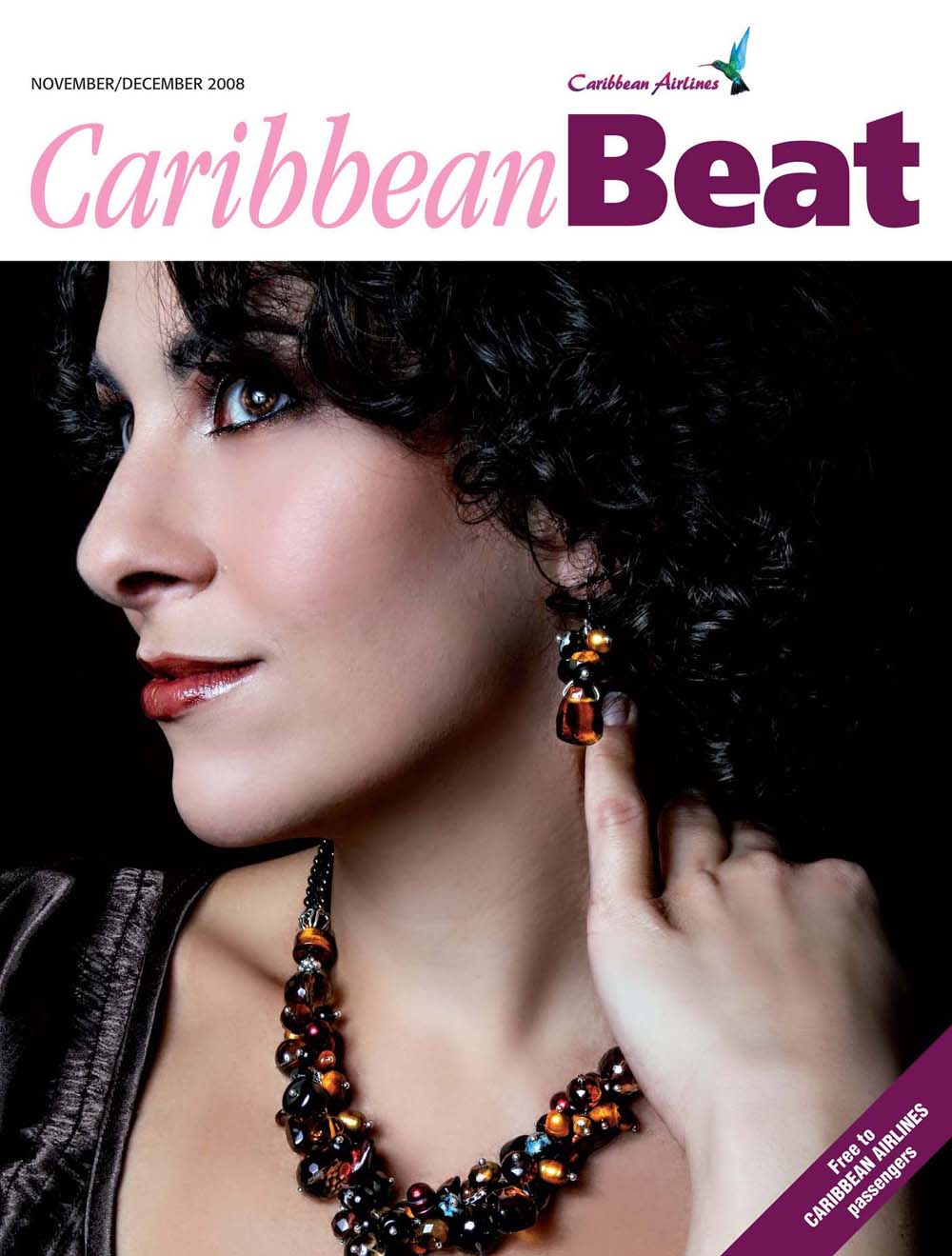