In this issue:
A brief look at the events that will have the Caribbean buzzing in September and October
Melanie Archer finds that one man’s trash can become another man’s castle, as she travels to Jamaica to work on an eco-friendly house
Deep in the Brazilian rainforest, Jonathan Ali sips cocktails in the Paris of the Amazon, the city of Manaus
Nearlin Taitt, a Trinidadian, started in steelband, then invented rocksteady in Jamaica. Kim Johnson turns the spotlight on one of the mysteries of Caribbean music
He inherited her musical talent and her indomitable spirit to become the first Third World superstar. Debbie Jacob looks back at the interwoven live
In his New York studio, Rawlston Charles from Tobago has masterminded some of calypso and soca’s greatest hits
You may not know his name, but you’ve probably seen his work. Nazma Muller introduces Ras Kassa, the region’s hottest director of music videos
James Fuller speaks with author and Trinidad's adopted son Richard ffrench on what might be farewell to the island he called home
Anders Kappel Ovre has played his way from Scandinavia to the sun, performing and conducting anything from classical guitar music, to pan, parang and more...
David Katz recalls the career of the late Guyanese writer
Nearly a decade after his first novel, Junot Díaz produced a book that made him a celebrity and won the 2008 Pulitzer Prize for fiction.
One of the rhythms of the Caribbean is that of classical Indian dance. Lisa Allen-Agostini is entranced by a kathak ballet
Cuba’s film school now accepts students from the English-speaking Caribbean. Ian Craig takes a workshop there
Laura Dowrich-Phillips travels to St Lucia for Jounen Kwéyòl, an annual celebration of Creole culture
Local rock band Orange Sky are buzzed about being the main opening act for the legendary American rock band The Scorpions
Reviews of some new Caribbean CDs
Reviews of some new Caribbean books
Garry Steckles browses the reggae archives of Roger Steffens, the world’s leading authority on Jamaican music, and offers a condensed catalogue of the
In October 1983, taking the world by surprise, 6,000 US marines invaded Grenada in Operation Urgent Fury. James Ferguson draws some contemporary parallels...
Is Franka Philip a kitchen gadget geek? You be the judge, as she justifies the purchase of yet another whisk and confesses that one dream purchase is
Tracy Assing ponders the pleasures of the hammock
Back to school tips on improving your child's mental performance and concentration
Ray Funk profiles Golden Hands, a pan ensemble from South Trinidad, who are travelling to Texas to present their innovative preformance piece The Rain 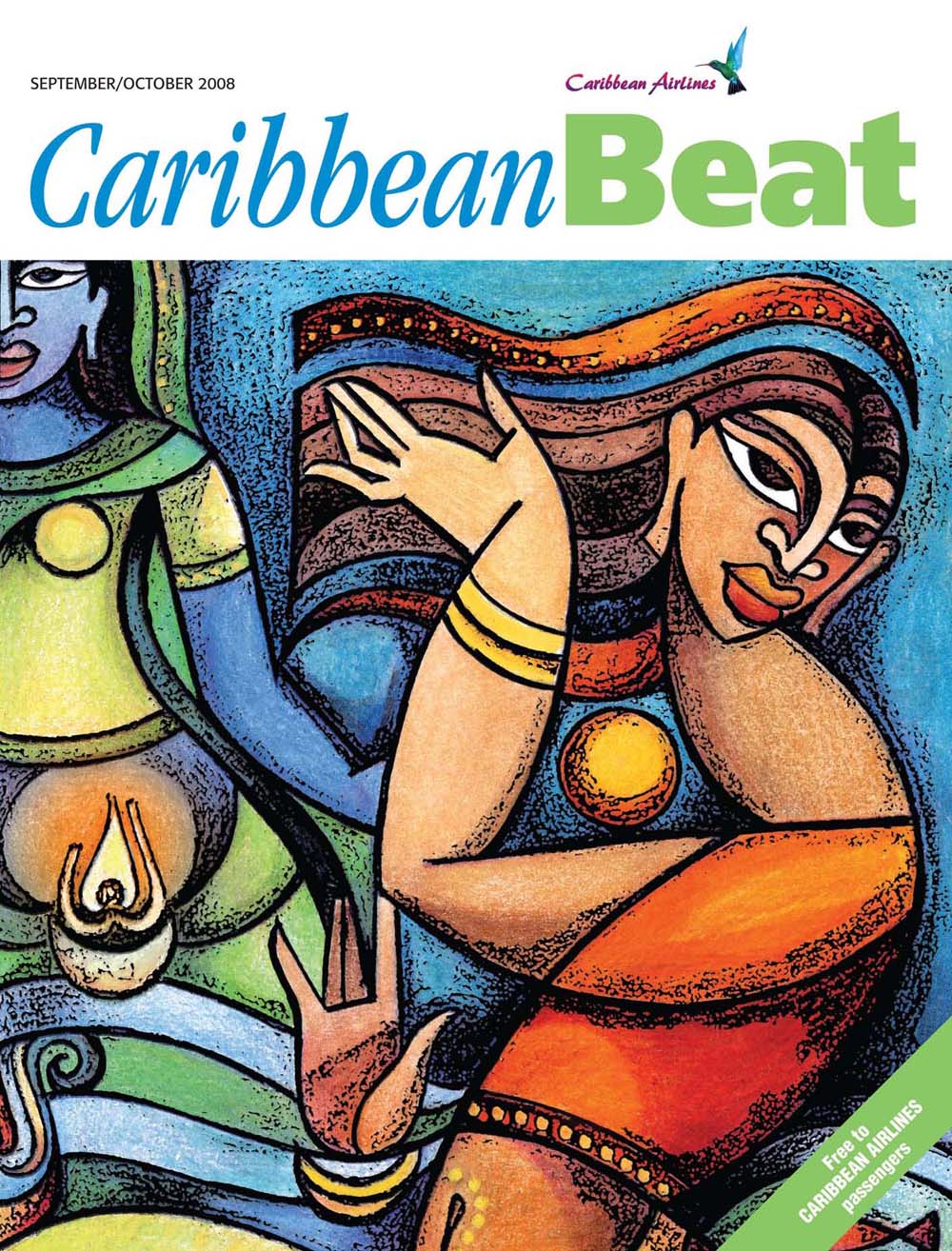