In this issue:
A brief look at Caribbean people doing extraordinary things
A brief look at the events that will have the Caribbean buzzing in July and August
Trinidad and Tobago can offer the perfect backdrop for almost any feature film
Christopher Broadbridge climbs battlements and terraces to visit Simla, a tropical research centre hidden in the hills of Trinidad
From remote hot springs to Italian food on Grand Anse beach, Grenada provides unexpected activities for the fun-loving...
Caribbean Beat columnist Garry Steckles is the author of a new biography of Bob Marley. Read an edited excerpt...
David Katz looks back on the life of Jamaican producer Mikey Dread
Sharon Millar speaks to Jamaican artist Roberta Stoddart and admires her ability to find beauty in the uncommon and forgotten
As he turns 50, photographer Mark Lyndersay sees dying flowers as a metaphor for ageing. James Fuller talks to him about his morbid art
Carifesta returns to Guyana after the first festival was held there 36 years ago. Ruth Osman looks excitedly at what’s planned
Photographer Andrea De Silva is having a hard time selecting 150 images for her exhibition at the London High Commission...
Reviews of some new Caribbean books
Reviews of some new Caribbean CDs
Reviews of some new Caribbean DVDs
Who will bring the Caribbean Olympic glory in Beijing? Kwame Laurence assesses the regional hopefuls for 2008
He is a 200m specialist, but he now holds the 100m world record. Laura Dowrich-Phillips talks to Jamaican sprint sensation Usain Bolt
James Ferguson traces the life of the conquistador Ponce de León and the poetic justice with which he met his end
Tobago’s Great Fete Weekend started as just another party during Great Race. Now, as Nazma Muller discovers, the five–day event draws even more crowds
Caribbean cuisine abounds in London, yet it’s not as popular with the locals. Franka Philip explains why
Garry Steckles looks at reggae from Africa and tries to best fellow writer David Katz with his own reggae Top 10
Looking good in the tropics requires some serious beauty tricks. Judy Diptee tells you how to keep your makeup immaculate and beat the heat
Trinidadian shot-putter Cleopatra Borel-Brown speaks to James Fuller about her preparations for her third Olympic games 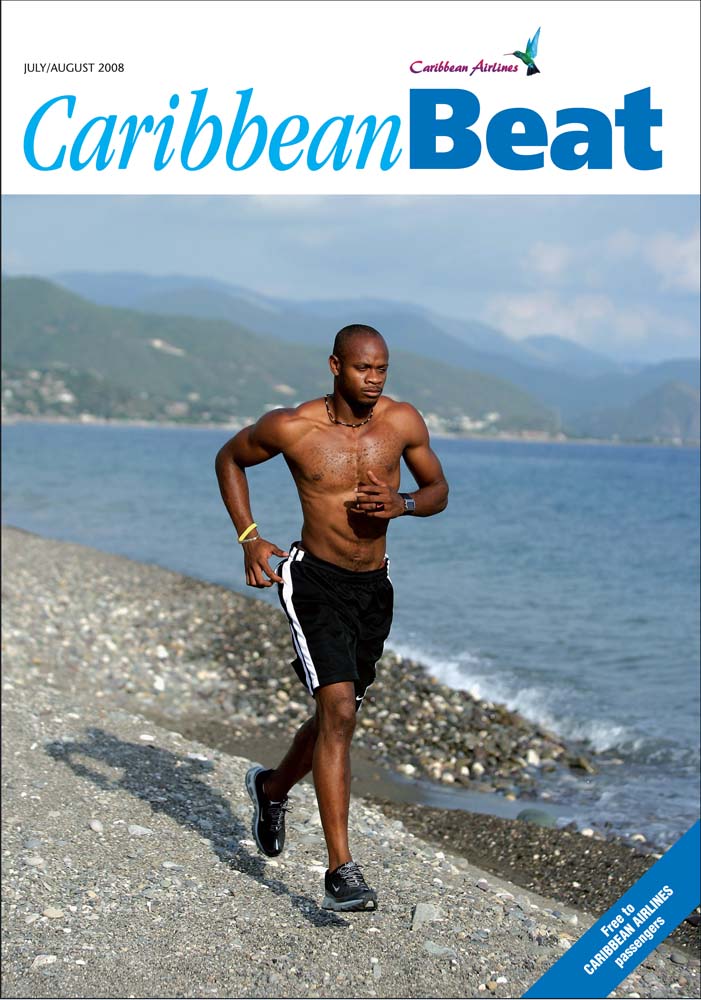