In this issue:
A brief look at the events that will have the Caribbean buzzing in January and February
Garry Steckles finds seven days of activities for you to do while in St Kitts and Nevis
Andrew Marshall snaps down sweet perfection in some of Barbados’s many rum shops
Feathers, national flags and men peddling self-published books; it’s Carnival time not only in Trinidad and Tobago but also in the USA
After 40 years, Burning Spear is an elder statesman of reggae. David Katz looks back at a long and glorious career
A brief look at the achievements of some innovative Caribbean creators
3Canal member Wendell Manwarren speaks to Tracy Assing
Sharon Millar battles snakes, hard soil and a jungle-like backyard to create a garden that leaves her breathless with excitement
Once upon a time calypso tents in Trinidad drew massive crowds. These days, some have closed their doors and others are struggling to survive
Caribbean Beat editor Judy Raymond spent many arduous months following Trinidadian designer Meiling to document her career
Kim Johnson is on a mission. He is compiling a National Steelband Archive but finding photos is hard. Beware, he may come knocking on your door soon
A roundup of the latest Caribbean music CDs
A roundup of some new Caribbean movies
Reviews of a wide variety of new Caribbean books
Garry Steckles runs into legendary musicians Sly Dunbar and Robbie Shakespeare
Admiral Lord Nelson was a philandering husband. Calypsonian Lord Nelson loves tight, brightly coloured jumpsuits
Pelau, rice and peas, oil down, macaroni pie: it’s Carnival time again, and Franka Philip discusses the finer points of its culinary accompaniments
Vaneisa Baksh describes her unexpected response when she was finally granted membership in Trinidad’s Queen’s Park Cricket Club, 10 years later 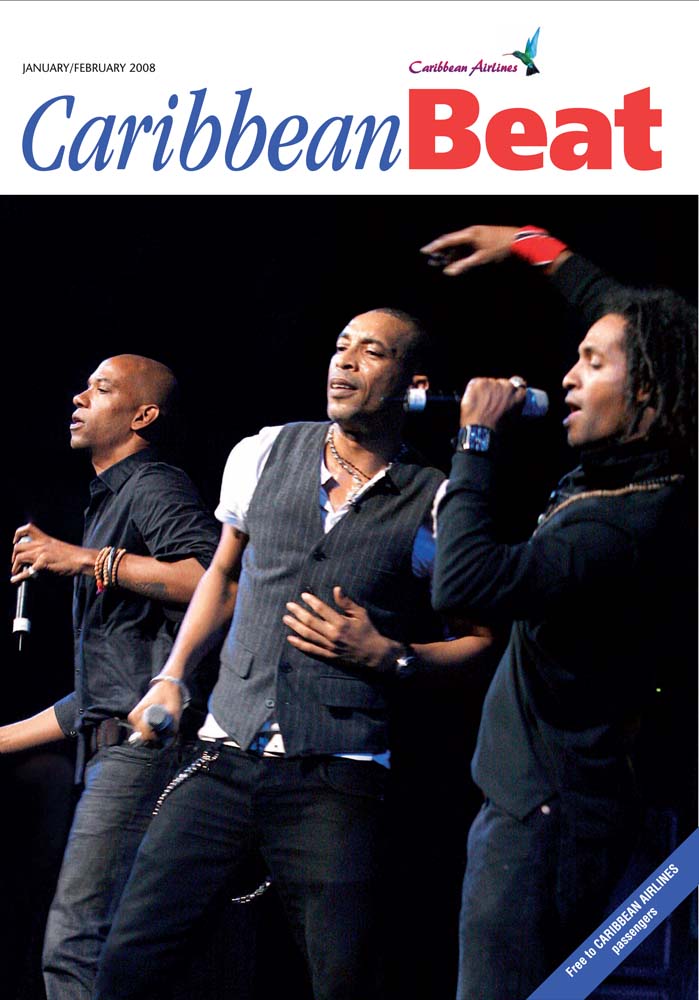