In this issue:
Kellie Magnus used to run with headphones on. Back in Jamaica, she discovers a whole new soundtrack
What could a 135-year-old visitor’s guide to Cuba possibly offer to today’s readers? A fascinating glimpse into the island’s social history
12 the band, fronted by singer-songwriter Sheldon Holder, introduces “eclectic soul” to Trinidad
New novels by Caryl Phillips and Shani Mootoo, Olive Senior’s poems, Rex Nettleford’s speeches, and a Montserrat album
Jamaican novelist Marlon James on inspiration, rejection, and success
The best new Trinidadian reggae, the latest from Mungal Patasar and Pantar, and the cast album of Derek Walcott’s Steel
I-Wayne’s conscious lyrics move to their own rhythm
Guyana-born Dennis de Caires develops a metaphysics of colour in his “St George’s Paintings” • Tamara Sanowar-Makhan explores her Trinidadian roots...
How do you stage a film festival on an island with no cinema? The founders of the St Barth Festival of Caribbean Cinema had to get creative...
What’s happening in the Caribbean in March and April, and where — from sailing to music to cricket to turtle-watching
Etienne Charles, up-and-coming 22-year-old Trinidadian trumpeter, on his inspirations and ambitions, and his preference for working with older greats
The Caribbean is famous for its seafood. But Anu Lakhan is unimpressed. She makes her case against Neptune’s bounty ... plus much more
Garry Steckles wonders where’s the Caribbean culture the new TV channel Tempo is supposed to showcase — and offers some suggestions to Tempo programme
Gloria Edwards spent decades teaching Belizean youngsters to express themselves through the arts. Mavis Williams raised 25 adoptive Caymanian children
Over his 39-year career, Dr Cecil Cyrus has earned himself the gratitude of hundreds of patients, and the title “isolated Surgeon of St Vincent”
When Trinidadian-Canadian Harold Hosein visited Cuba in 2002, he noticed how many people were riding 50-year-old bicycles...
In September 2004, Hurricane Ivan battered several Caribbean islands; nowhere was the damage more severe than in Grenada... 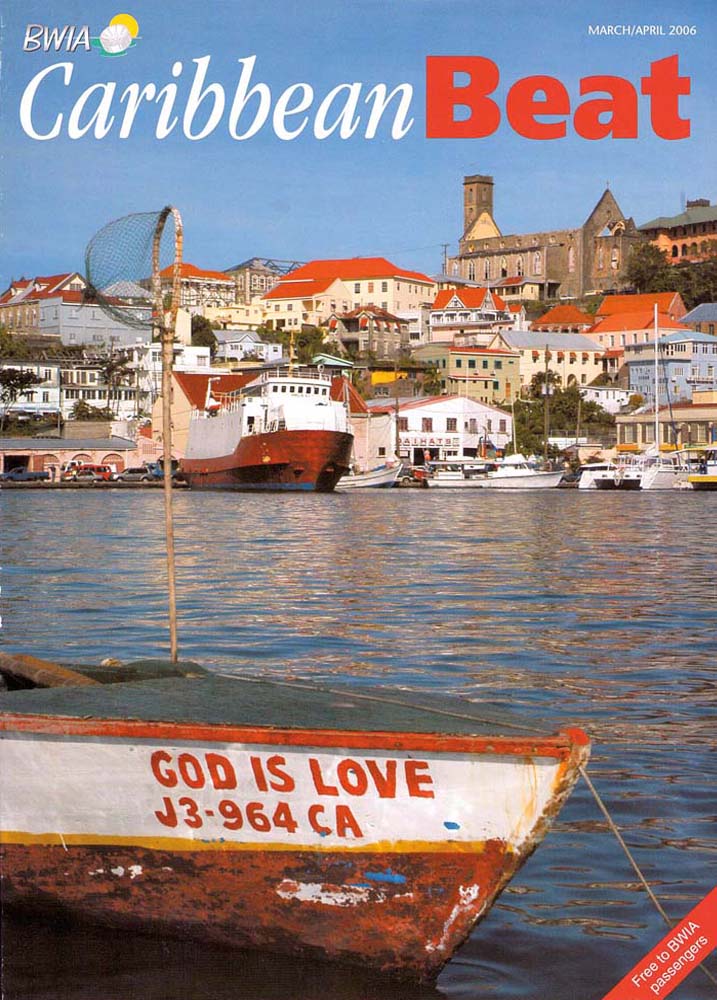