In this issue:
Dylan Kerrigan on the subtle secrets of horn language. (And, no, it’s not what you think.) Originally published in 2004, this Beat classic was reproduced in the July/August 2018 issue
Garry Steckles tips his hat to Dr Hollis Liverpool, otherwise known as the Mighty Chalkdust, who won his sixth Calypso Monarch title this year
Port of Spain is hoping to be chosen this year as the headquarters for the Free Trade Area of the Americas, the new trading bloc that will stretch from Alaska to Patagonia. Richard Costas weighs the city's chances
James Ferguson on V. S. Reid’s New Day, a novel set against Jamaica’s march towards freedom
Guyanese artist Bernadette Persaud tells Ruel Johnson about her work and her quest to reveal the beauty in all things, even in cultural loss, even in the man with a gun
Clement “Sir Coxsone” Dodd, Jamaica’s legendary record producer and nurturer of reggae artists, died in May. Music writer David Katz remembers his career
Who remembers Albert Gomes? For more than 30 years he loomed large over the cultural and political scene in Trinidad, and then he suddenly disappeared
A special section on some favourite Caribbean temptations
Soulful princess: She’s the latest singing sensation out of Cuba. Find out about her and her first album, Yusa • Buzzworthy • and much more...
This issue of Caribbean Beat is dedicated to the Caribbean athletes who will be fighting to bring back medals and honours from the summer Olympics in Athens 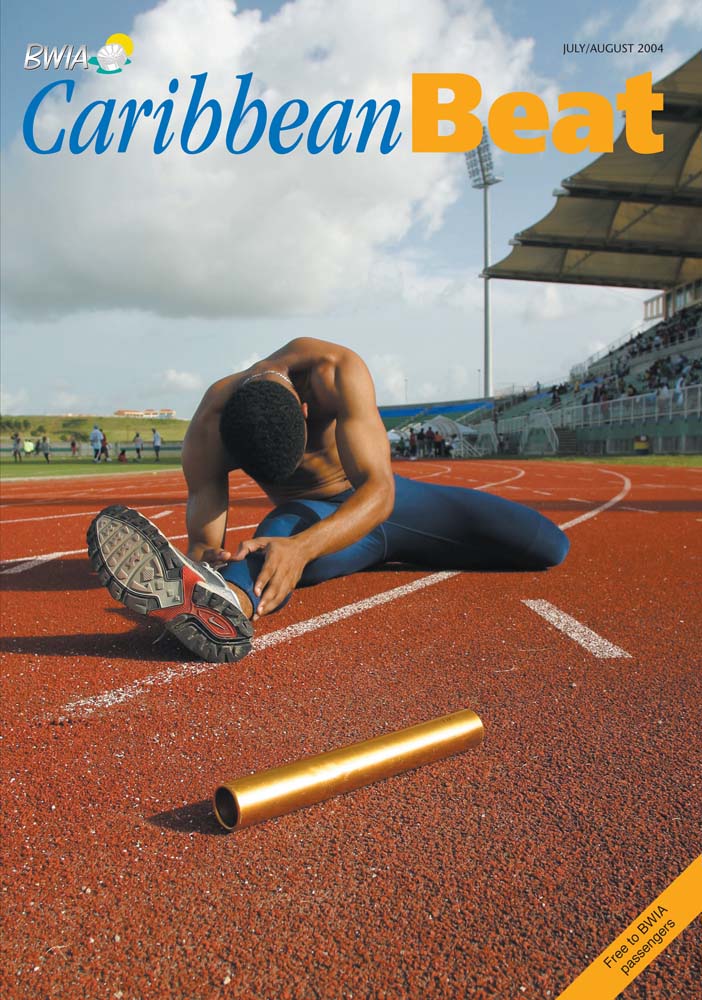