In this issue:
Growing up in a small east Trinidad village, Natasha Ramnauth wasn’t allowed to join Phagwa celebrations. Maybe this year she’ll finally experience the colourful Hindu festival
“Is three hard thing to be in this place — a woman that’s black, and that’s old.” A short story by Pam Mordecai
The message of food is immediate, says Anu Lakhan; a meal always conveys the emotions of the person who’s prepared it. So always cook from the heart
James Ferguson reads The Traveller’s Tree, Patrick Leigh Fermor’s open-minded account of a visit to the 1940s Caribbean
The classic reggae beat is built on the interaction of drum and bass guitar. To Garry Steckles’s ears, there’s nothing in the world to compare with a solid reggae bass line
Trinidadian fashion designer Meiling on finding “the human touch” in the details; as told to Dylan Kerrigan
Frantz Fanon was a brilliant, maverick thinker, a theorist of anti-colonialism who tried to understand the damaged psyche of his native Martinique and the violence that racked his adopted country, Algeria, in its struggle for independence. His writings — especially Black Skin, White Masks and The Wretched of the Earth — are lauded by contemporary postcolonial scholars, but few manage to grasp the complexity of his thought or the depth of his humanism. Jeremy Taylor searches for the man behind the revolutionary icon, and ponders Fanon's relevance to the 21st century world
Antigua’s fabled 365 beaches are just the beginning of the attractions of this popular tourist destination, conventionally positioned along the Antillean chain, at "the heart of the Caribbean". Tranquil, rolling countryside dotted with old churches and windmills; the sprawling English Harbour district, centered around an 18th- century navel yard; sailing diving, cricket, and "the Caribbean's greatest summer carnival"; plus miles and miles of pink and golden beaches. And then there is sister island Barbuda, where visitors learn what it really means to get away from it all. Melanie Etherington offers an easygoing introduction to her beautiful adopted island
With their (painful) South Africa tour just behind them, and as they prepare for the arrival of their English and Bangladeshi visitors, the West Indies cricket team is once again in the glare of public scrutiny. As impassioned fans across the Caribbean debate the state of the game, one big question recurs: who's calling the shots? Who's setting the agenda? Georgia Popplewell polls three outspoken experts and compiles a list of the real powers- that- be in West Indies cricket.
Buzzworthy: Tanya Stephens speaks her mind about sex and power; Nigel Harris heads back to UWI; Ria Ramkissoon creates high-drama handbags; Christopher Chambers is a man of mystery; Imran Khan calls it like he sees it; Michelle Henderson makes sweet creole jazz; and Sugar Daddy teaches Europe the soca beat. Catch this month's reading picks and new music releases to get you in the groove- from soca to pan
Born into a musical family in St Vincent, Ellsworth "Shake" Keane was one of the international jazz world's most admired musicians in the 1960s, but for 20 years he disappeared from the limelight, devoting himself to the writing of poems. Philip Nanton investigates the contradictions and juxtapositions in the life of this "musical chameleon" who saw jazz as nothing less than a mode of being 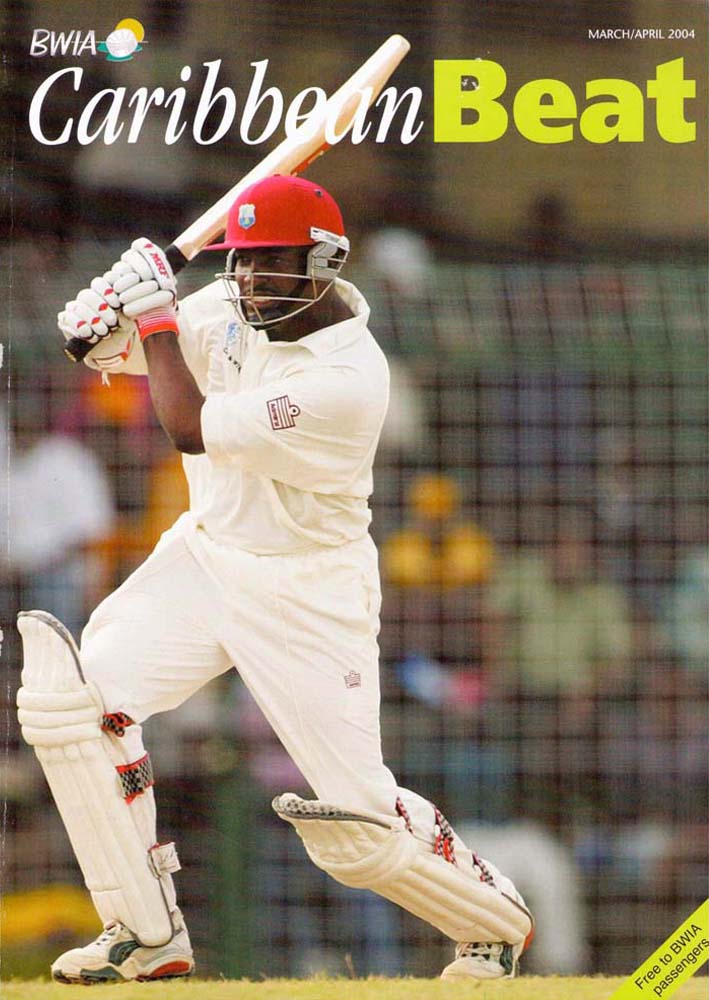