In this issue:
Spiritually as well as geographically, the territories of the Caribbean are thousands of miles away from haute couture centres like Paris, Milan, or New York. But despite the absence of glitzy showcases for their work, talented, ambitious local fashion designers create garments chic enough to deserve a place on international catwalks, yet decidedly adapted to the everyday rhythms of island life. Photographer Sean Drakes captures 11 designers from Trinidad, Jamaica, and the Bahamas on their home ground, and discovers that a passion or style and hunger for success links them all
Every year, in the weeks leading up to Divali, Trinidad's Hindu communities perform elaborate re-enactments of the Ramayana. Natasha Ramnauth remembers seeing Ramleela as a child, and explains the spiritual significance of this gripping tale of love, war, and the triumph of good over evil
Omari Banks arrives in style, Baroness Amos takes charge, Michael Salickram perfects his art, Sonia Collymore wins fans (and a Juno), and Team Snack Attack is greedy for speed
Clement “Sir Coxsone” Dodd, Jamaica’s legendary reggae producer and founder of the venerable Studio One label, as interviewed by David Katz
The brilliant colours and energetic impasto of Lisa O’Connor’s paintings are utterly distinctive, and her work is eagerly sought after by Caribbean collectors. Mariel Brown gets to know the upbeat Trinidadian artist, and wonders about the forces that drive her impassioned brush
From the One Love Concert for Peace to the first Reggae Sunsplash, producer and promoter Tommy Cowan has been behind the scenes
One of the key figures in the eruption of West Indian literature in the 1940s and 50s was an Irish-born BBC producer named Henry Swanzy.
In his explicit memoir, Reinaldo Arenas recorded the perils of being a homosexual man in Castro’s Cuba
She went to Jamaica and encountered a gas cooker, and nothing was ever the same. Pages from Anu Lakhan’s Kingston journal
In the high-strung world of classical music, the young Trinidadian conductor Kwamé Ryan has earned a reputation as a brilliant maverick.
Visiting any place in the Caribbean, Simon Lee’s first stop is the local rumshop — and not just for the drinks
Near the southern end of the Caribbean archipelago, St Vincent, Grenada, and the dozens of tiny Grenadine Islands between them are close enough to be covered in a single trip, yet they are divided into two nations, and offer a pleasing variety of experiences. Skye Hernandez starts in St Vincent and works her way south, savouring these islands' relaxing flavours 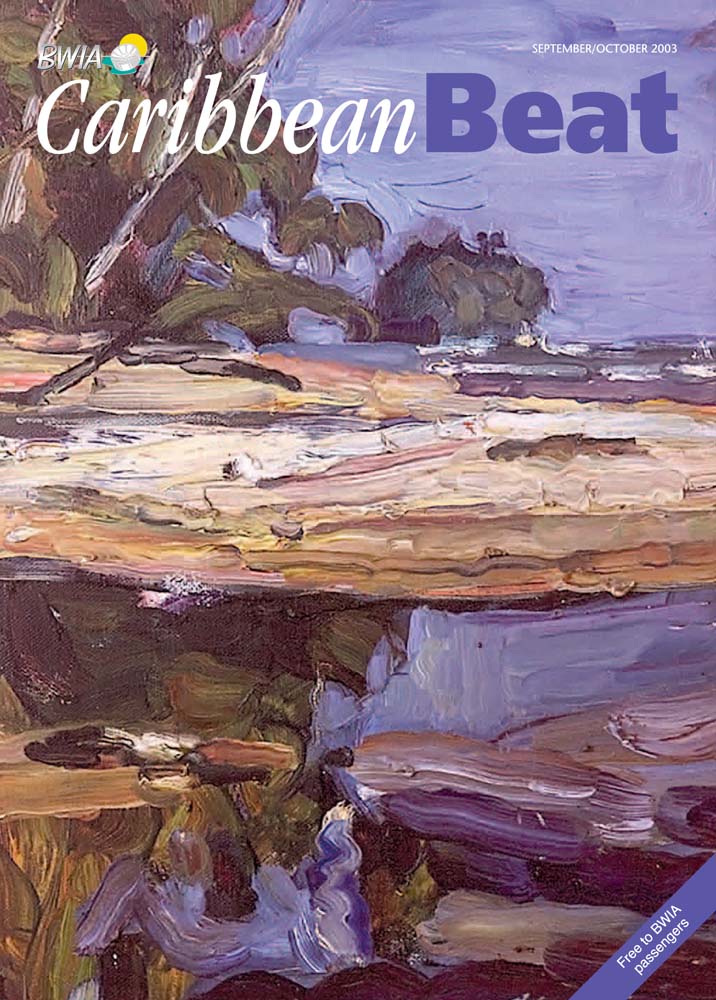