In this issue:
In music shops, on the radio, and round the clock on MTV, Jamaica’s hottest dancehall artistes have triumphantly broken into mainstream pop music, via energetic collaborations of hip-hop, and rock performers. David Katz considers this thriving trend, and talks to the cross over king himself, Sean Paul
The Caribbean’s largest and least typical territory is in fact part of the South American mainland. Guyana has no sea and sand to entice tourists; its astonishing natural beauty is on a different scale all together. Caribbean Beat offers an introduction to this "land of many waters"
For 30 years Linton Kwesi Johnson has been Britain’s leading dub poet, though he prefers to call his verse “reggae poetry”. James Ferguson finds it’s harder than he expected to pin down the elusive LKJ
Lil’ Rick defends his crown, Nilo Cruz wins a Pulitzer, Nadella Benjamin shines at Notting Hill, Michael Lee-Chin makes a big gesture, Lady Saw breaks lyrical barriers, Shola Lynch captures history on film, and Usain Bolt goes for gold
Tattooing has been around for centuries, but there’s nothing old-fashioned about the art. Today, more men and women than ever choose to express themselves through these permanent symbols on their flesh. The many cultures of the Caribbean contribute to a rich store of tattoo iconography. O'Leo LoKai explores this bodily art, and gets his own tattoo along the way
The first Carifesta, held in Guyana 31 years ago, celebrated the enthusiasm and energy of the newly independent Caribbean territories. As Suriname prepares to host Carifesta VII in August, Caribbean Beat looks back to the festival's optimistic origins
"Anu Lakhan tells an unlikely but passionate tale of sweet red pepper jelly; plus two tempting recipe books"
Call it a taste for adventure, call it a masochistic whim — Simon Lee takes off for the island known as “hell in paradise”
In Growing Up Stupid Under the Union Jack, Austin Clarke mocks the idea of a sound colonial education. James Ferguson considers this sardonic memoir.
In the late 1960s the blue-and-yellow macaws disappeared from Trinidad’s Nariva Swamp, victims of poaching and illegal rice farming. Then Bernadette Coutain-Plair made up her mind to bring these magnificent birds back to their native habitat. Natasha Ramnauth is inspired by the story of the "Macaw Lady"
Byron Lee’s been a major player in the Caribbean music business for nearly 50 years. Garry Steckles says it’s time to give him his due
Trinidad’s feisty mud volcanoes are known for their unpredictability, but few people consider them attractive. Maura Imbert wonders if their true beauty is simply awaiting discovery 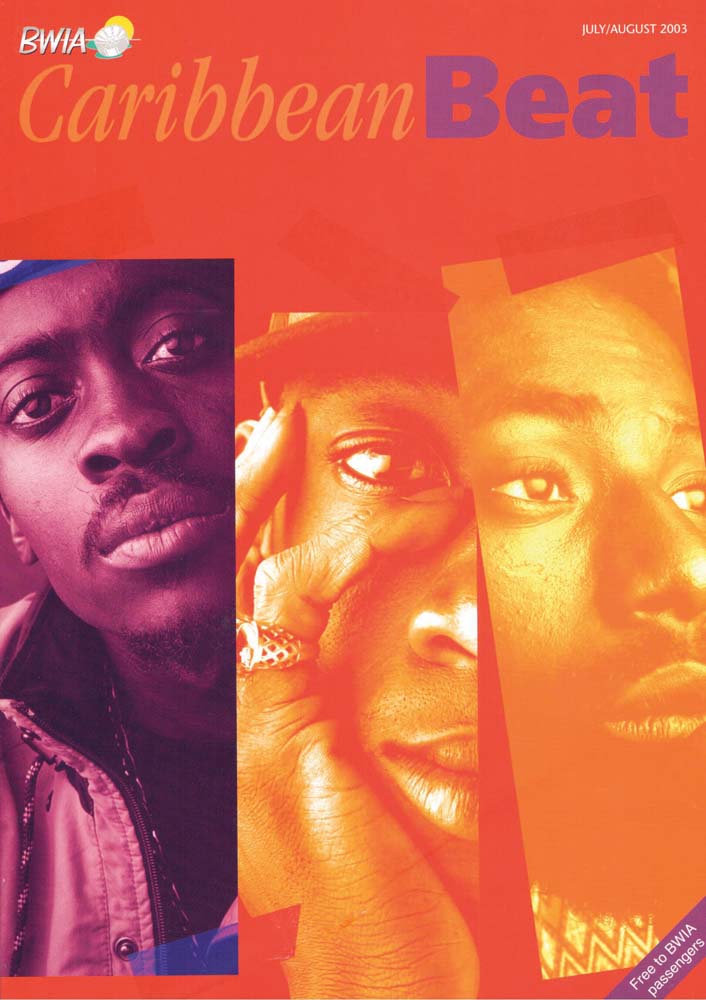