In this issue:
In one of the Caribbean's tiniest communities, Simon Lee finds that the rhythms of history still stir the blood and move the spirit
The stones of Antigua’s Greencastle Hill are thought to be the remains of an ancient observatory. Simon Lee sets out to find them, and discovers the shortest route's not always the easiest
In The Comedians, Graham Greene peered into the heart of Caribbean darkness. James Ferguson examines this morailty tale set in Papa Doc's Haiti
Garry Steckles remembers the legendery Bob Marley Concert that was a defining moment in the history of Jamaica
Since the release of his latest feature film, Lumumba, director Raoul Peck’s star has been rapidly rising
Michele Agostini finds out what it’s like to party with the “angels” at Trinidad’s ethereal Glow fete.
Sean Paul takes his “dutty rock” to new heights, Treason offers a soca-ragga beat so fierce it should be outlawed, plus three young sports stars and much more
Laura Facey’s art tells a personal story of family trials, inner suffering, and eventual recovery, leaving nothing to spare
"Books: The story of steelband’s Renegades; Wifredo Lam’s unique version of modernism; Classic Caribbean literature
Music: Remembering Malavoi; Jo
Most of the islands of the Lesser Antilles are the products of ancient volcanic activity, evidence of restless forces seething beneath the earth's surface
There’s much more to the Caribbean than our glorious sun, sand and sea. The region is a hotspot of biodiversity, boasting gorgeous natural landscapes 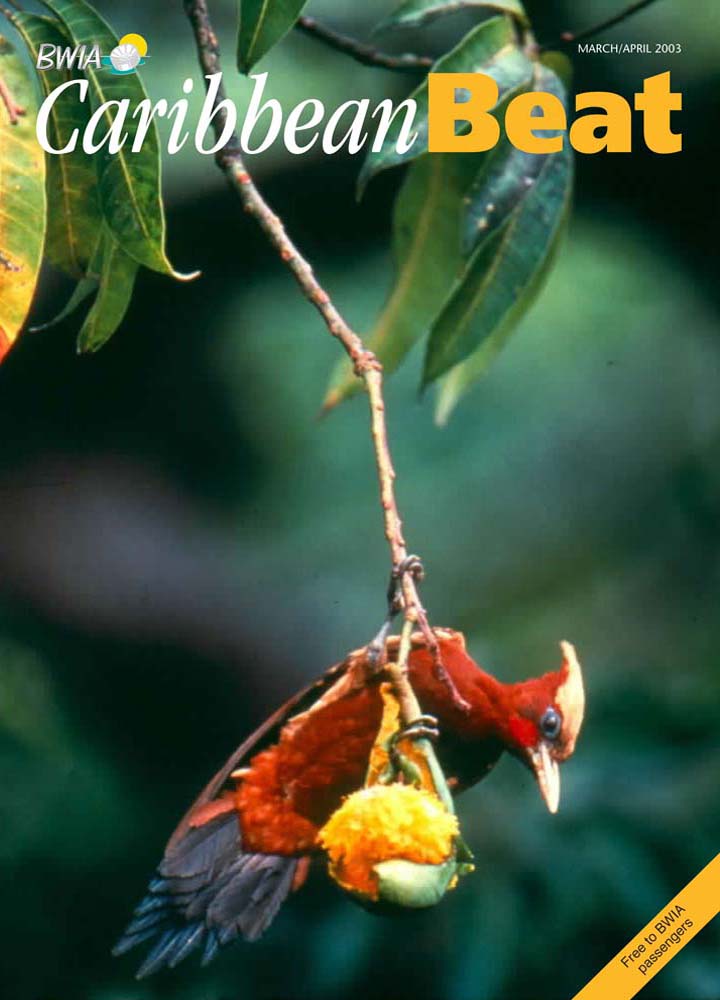