In this issue:
Call centres are fast becoming a feature of Caribbean business landscape. Mark Wilson explains
Like the sons of most middle-class West Indians, Ronald Moody was expected to become a professional. Reluctantly, he trained as a dentist, but a chance turn in the British Museum changed his life forever. His niece Cynthia Moody profiles one of the Caribbean's premier sculptors
Peter Rickwood encounters royalty
James Ferguson takes a look at Miguel Barnet's Biography of a Runaway Slave, the story of Cuban ex-slave Esteban Montejo
Dominique De-Light recounts her experiences with rapso
Carifesta is the most important arts and culture festival in the Caribbean. This year it was held in St Kitts, where despite storm warnings, courtesy tropical storm Debby, the atmosphere got electric
Dominique Le Gendre trained for eight years as a classical guitarist, fully intending to perform, but her nerves would not let her face an audience. As a result, she turned her many skills towards composing, which is where Bruce Paddington finds her...composing the music for all of Shakespeare's 38 plays
Jamaica's Chris Blackwell made Bob Marley and U2 household names. Chris Salewicz traces the career of the Caribbean's entertainment mogul
When Mungal Patasar performed in Paris last year, 500 record producers and scholars went quiet. His band, Pantar (pan + sitar), had unveiled an entirely new kind of music. Someone called it the Millennium Beat. Niala Maharaj investigates
Twenty distinct portraits by photojournalist Alex Smailes from his journal on Trinidadians and Tobagonians
Fred Bouchard takes a look at rum, the spirit of the Caribbean - and increasingly the choice of drinkers everywhere
There's no lack of adventure in St Lucia. Donna Yawching went on a wild safari ride, in a vehicle that seemed to be driving on its side; joined a lazy sail on a party boat; and plunged into a hot sulphur bath. And that was just the beginning. Come join the trip 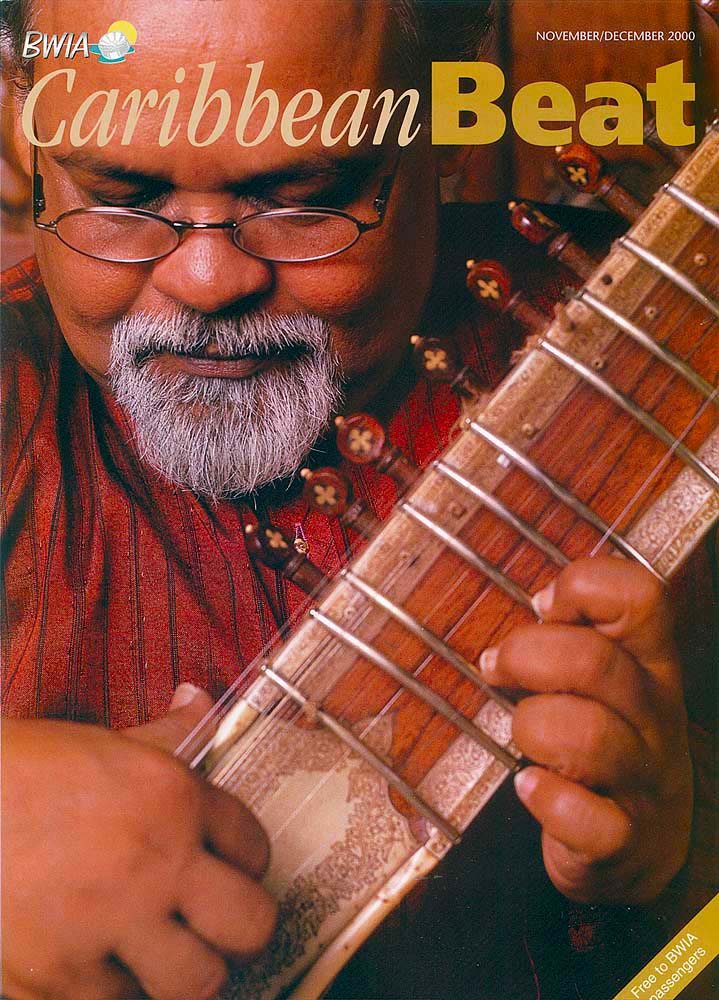