In this issue:
Here's news on the main events in July and August
Meet Maraca, the talented young Cuban musician who's taking his "spirit" flute to the world
Keep in touch with the islands and people on the move
What's happening in the Caribbean on the net
A roundup of what to look for in the night sky
Your letters and answers to your questions, plus memorable quotes
New and recent books about the Caribbean
Recent music from the Caribbean, plus the editor's picks
James Ferguson on Ismith Khan's 1961 novel, The Jumbie Bird, the tale of an East Indian family's journey of identity in pre-independence Trinidad
Kwame Laurence previews the Olympic Games in Sydney, Australia, and looks at what our Caribbean athletes hope to bring home
The life and times of a Trinidadian invention. Niala Maharaj goes in search of the World's Greatest Roti-Shop
The Dominican Republic's capital is a modern Caribbean hot spot with all the noise and excitement of a big city, but a few steps away is the old colonial quarter, where some of the oldest buildings in the Americas still stand. James Ferguson reports on Santo Domingo, a city of startling contrasts
Photograher Mike Toy takes an underwater tour of Barbados's best-known shipwrecks and finds a paradise of divers
Photographer Sean Drakes's sexy swimwear shoot, featuring hot new designs from Guyana-born US-based designer, Roger Gray, with bodies and beauty by Coco Velvet, and Trinidad and Tobago's wild Carnival as the scene-setter
Dominica's Sisserou seems to a relic from an earlier time: it doesn't quite look, or behave, like the parrots people in the Caribbean often see squawking across the sky on evenings - and, unlike its cousins, the Sisserou is endangered. But the Sisserou has some good friends who have found a way to help save this remarkable bird. Peter Rickwood explains
Tobago has a different kind of excitement, one that makes the tiny island overflow with unexpected delights. It's full of life – human, animal and bird– and its natural wonders surpass those of much larger islands. It's hard not to have a good time in Tobago. Donna Yawching explains
It was the main event of the morning, and Mr Blaides, the head teacher, was the star performer. Haffezar Khan remembers a schoolyard tradition 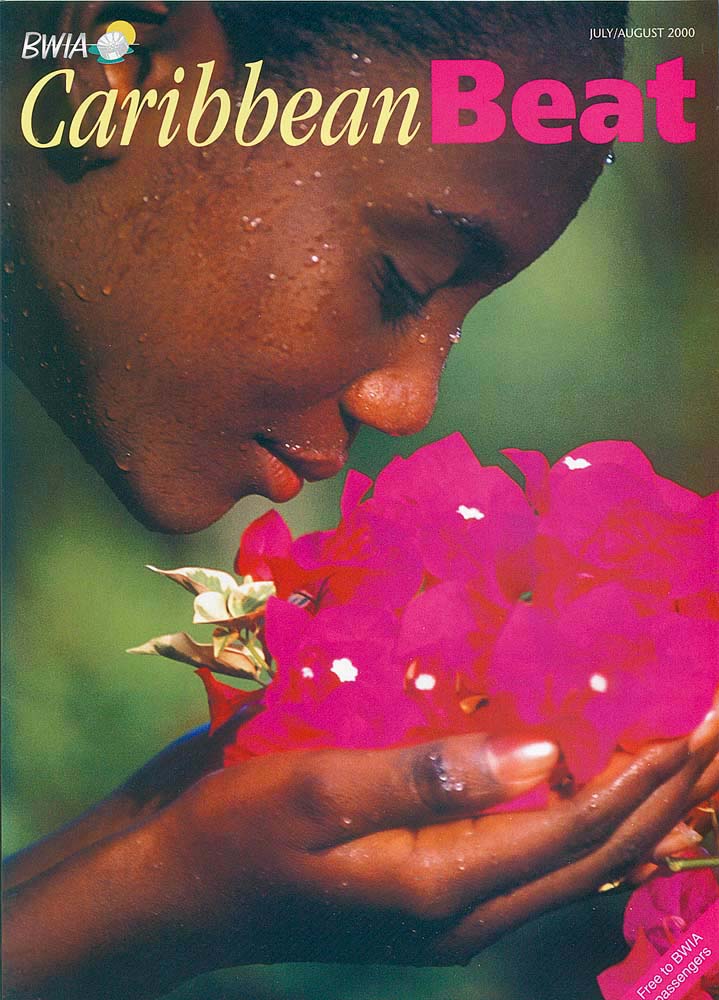