In this issue:
By bicycle and horseback, submarine and helicopter, boat and underground tram, travel writer Donna Yawching sets out to explore one of the Caribbean's most popular resorts, from its glorious beaches to its most secret hideaways
The latest in Caribbean music- reggae, calypso, soca, pan
Super-sleuth James Bond was born in Jamaica and named after a mild-mannered American ornithologist. Susan Ward reports
Music-lovers may see Shadow as a king of soca and calypso, but the calypso judges don't think so. Debbie Jacob on a great enigma of Caribbean music
Joanne B. Murphy discovers a heaven on earth in one of the Caribbean's most laid-back islands
Art galleries from London to Sao Paolo have aquired work by the St Lucian painter Winston Branch. Caroline Popovic reports
A round-up of new books about the Caribbean
Events and people in the news around the islands
Sizzling recipes from the Dutch Caribbean
The sixth Caribbean-wide arts festival - Carifesta - was held in Trinidad and Tobago back in August 1995. Journalist Nazma Muller joined the crowds 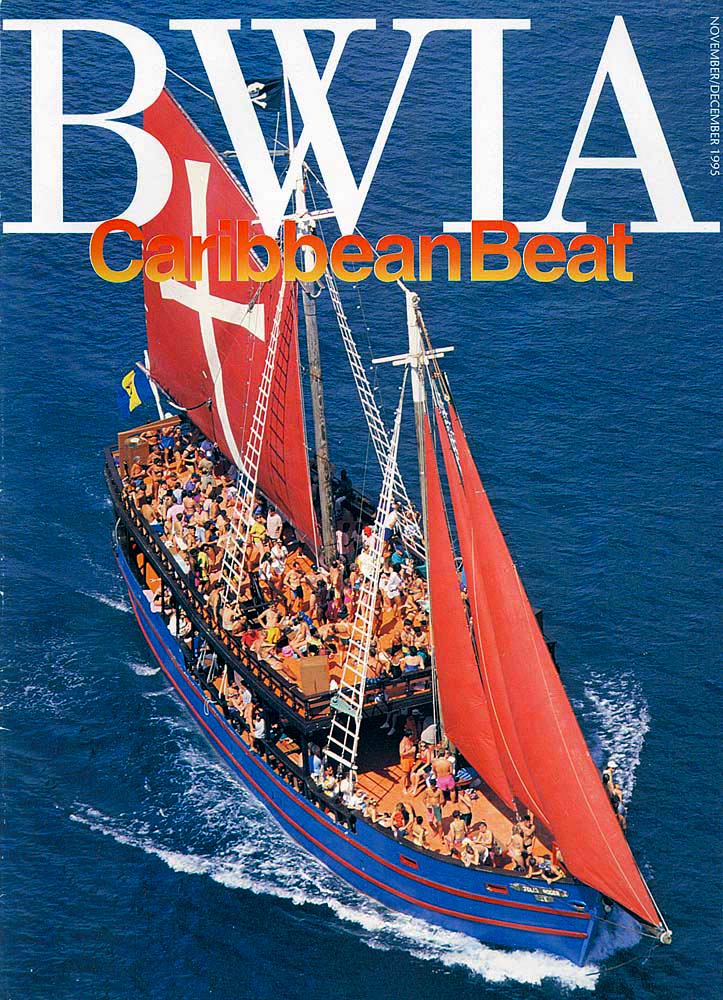