Events around the Caribbean in July and August, from a diving festival in Dominica to Carnival in St Lucia
Barbados Crop Over and the Leeds West Indian Carnival are two stars of the August festival season
As the Caribbean Premier League opens for its third year, the West Indies are world champions of Twenty20 cricket. It’s a form of the venerable game that seems especially suited to today’s West Indies players and fans, writes Garry Steckles — and maybe it’s the start of a true regional cricket revival
For some, the attraction of being outdoors is the fresh air, the scenery, the healthy exercise. For others, it’s the booze. Denise Chin on the attractions of the “sport” of hashing
As Caribbean countries seek to diversify their tourism industries, medical tourism — aimed at people who travel for treatment — should be on the agenda. Erline Andrews investigates
This month’s reading picks
This month’s listening picks
The farm-to-table movement is no longer just a foodies’ trend — it’s going mainstream, even in the Caribbean. Franka Philip explains why knowing where your produce comes from adds something special to your meal

When it comes to athletics, the Caribbean — Jamaica in particular — has dominated the field for the past decade. And as the 2016 Olympics open this August in Rio de Janeiro, all eyes will be on Usain Bolt and his peers from across the region. Kwame Laurence profiles some of our leading Olympic contenders
The first woman to be elected Commonwealth secretary-general, Dominica-born Patricia Scotland has made history in more ways than one over her stellar career. Joshua Surtees interviews the new Commonwealth head and finds out where her passion for speaking up comes from
Two hundred years ago, a group of free black veterans of the War of 1812 arrived in Trinidad. In the island’s deep south, the villages they founded still preserve the traditions of the “Merikins,” as writer Judy Raymond and photographer Marlon Rouse discover — and still have much to teach their fellow citizens

Shaped by subterranean forces, the islands of the Lesser Antilles are an arc of volcanoes — some extinct, some dormant, some still active. And among their dramatic forested peaks, crater lakes, and hot springs, amateur vulcanologists (and ordinary tourists) can find ample evidence of our planet’s restless energy
Imagine a country with a palm-fringed Atlantic coast and an interior of Amazon rainforest, where the cultures of West Africa, India, Java, and Europe meet and mingle, where it seems you can experience four continents in as many days. Come to Suriname and see the whole world
For many visitors to Jamaica, the capital Kingston, at the foot of the Blue Mountains, is just the gateway to the country’s beach resorts. But, as Tanya Batson-Savage explains, Kingston’s bustling cosmopolitan scene and dynamic cultural offerings make it an essential destination. Here’s her list of must-sees and must-dos, from art to music to cuisine

When Chevaughn and Noel Joseph’s young son JB was diagnosed with cancer, they promised him they would help other sick children. Nearly a decade later, the Just Because Foundation supports families at their time of greatest need, Lisa Allen-Agostini discovers
Last March, an angry software developer deleted a JavaScript code package from the Internet. It doesn’t sound very exciting, but the result was thousands of broken websites, and a cascade of online errors. In stepped Trinidadian Laurie Voss, CTO of the web company npm. Mark Lyndersay tells the story of a coding rescue mission
At the 2016 Summer Olympics in Rio de Janeiro, Caribbean sports fans will have dozens of home-grown champs to cheer on. But the region’s history of Olympic success stretches back more than a century. James Ferguson looks back to the earliest Caribbean Olympic heroes, and how today’s athletes have kept their victorious legacy alive
What gives Barbuda’s famous pink sand beaches their rosy blush? 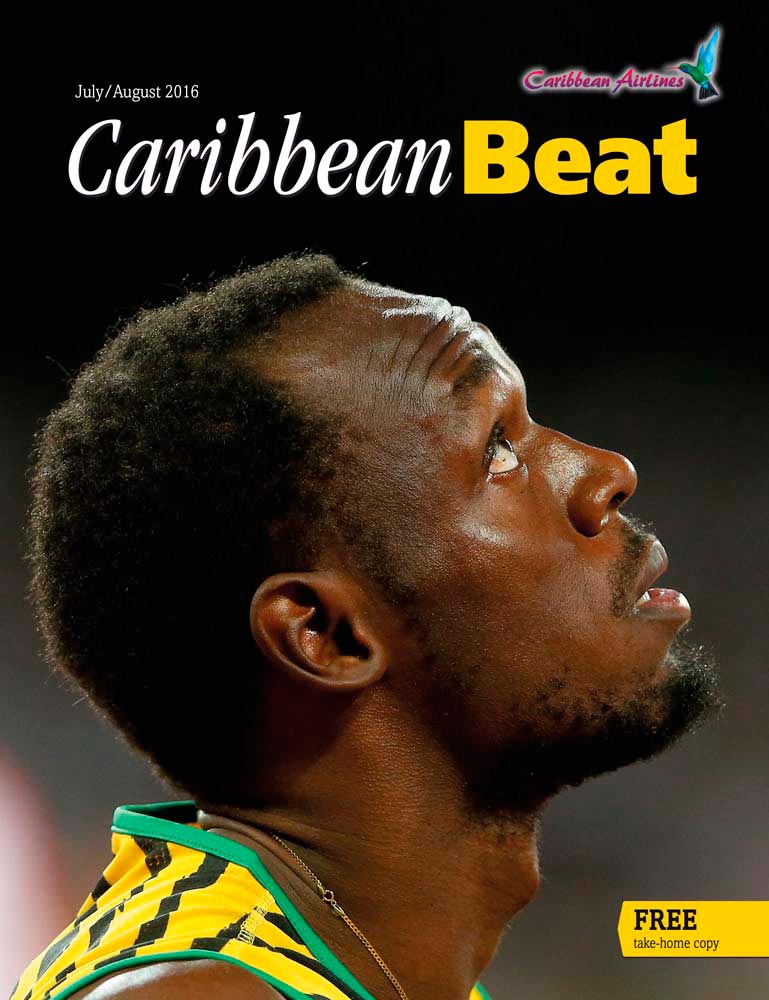