T&T produces some of the world’s best honey, but many people consider it a luxury product. Franka Philip finds out how honey advocates are working to change that
Your guide to Caribbean events in November and December, from film festivals in Cuba and the Bahamas to Suriname’s Owru Yari send-off
The fourth Ghetto Biennale opens in Haiti, Trinidad Carnival prep moves into high gear, and a family tradition puts wanderlust into Christmas
Christmas shopping? Our style columnist suggests four Trinidadian designers to fill your list
Jamaican publisher Ian Randle on the rarity of travel for pleasure, his favourite bookshop in the Caribbean, and the pointlessness of dressing up for the plane
Cuba is already the Caribbean’s second biggest tourism destination, by visitor numbers. As the US government relaxes its decades-old restrictions on travel to Cuba, what happens to tourism in the rest of the region? How are other islands preparing? Erline Andrews finds out
Do young Caribbean readers see themselves in their story- and schoolbooks? There’s long been a shortage of books published specifically for Caribbean children, but a new generation of writers is changing that. Kellie Magnus explains why this development is so important, and suggests where Caribbean parents can find the best literature for their youngsters
This month’s reading picks
This month’s listening picks

The fictional Neighbourhood invented by Barbadian artist Ewan Atkinson is like a childhood fantasy complicated by grown-up concerns, Allison Thompson writes
Born on a tiny island in Guyana’s Essequibo River, Baroness Valerie Amos has journeyed to the world’s corridors of power. As Joshua Surtees discovers, her Caribbean heritage has journeyed with her
Brukdown, kaseko, bouyon, tumba — Caribbean music contains dozens of genres you probably haven’t heard of. Simon Lee explains what they have in common
Trinidadian historian and publisher Jerry Besson on his eccentric relatives and colourful career — as told to Judy Raymond

Dominica was devastated by Tropical Storm Erika last August. But the beauty of the Nature Island, and the spirit of her people, survived the ordeal, writes Paul Crask, and every morning still brings fresh wonder
Most charming of Jamaica’s north coast towns, Port Antonio once owed its fortunes to the banana trade — and nowadays is a laid-back escape from crowded all-inclusive resorts
There are seven thousand islands in the Caribbean, and though none of them is truly “undiscovered,” some come pretty close
Florida may be Caribbean Airlines’ most popular international destination — no surprise, considering its reputation for nightlife, amusement parks, and shopping. But there’s much more to the Sunshine State — from the Space Coast to the Everglades to a thriving art scene

Nasty-tasting castor oil was once the bane of Caribbean childhoods. But now an innovative line of beauty products from Haiti is putting castor beans to a different use — and helping make Haiti’s hills green again, Nazma Muller reports
The Children’s Ark charity channels the energy and know-how of T&T’s movers and shakers to help give at-risk youth the opportunities they deserve. Zahra Gordon learns more
When Canute Caliste died ten years ago, he was Carriacou’s most celebrated artist. His “naive” paintings record everyday life in his island, says James Ferguson, with a touch of the magical
In their native Mexico and around the world, brilliant red poinsettias say Christmas is here 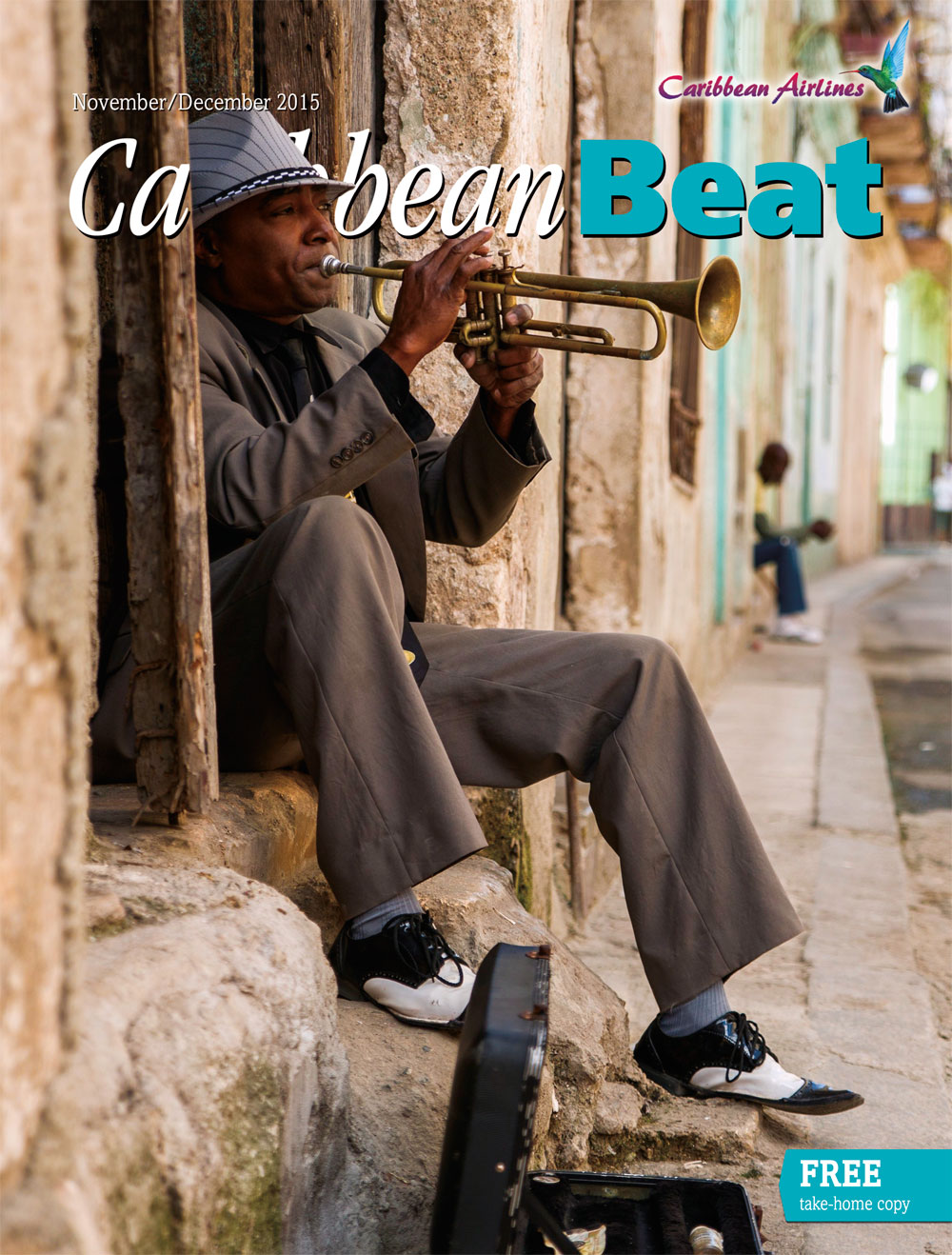