In this issue:
Akilah Jaramogi began by fighting bush fires. Now she’s at the centre of an ecological movement. She talked to Nazma Muller
Priceless works of art were among the casualties of last year’s terrible earthquake in Haiti. But there’s hope that at least one can be restored
Garry Steckles salutes T&T Calypso Monarch 2011, Karene Asche, and reflects on a British queen with a secret love of the region’s music
Colette Burnett’s tasty chicken wings are the best in Brooklyn. Franka Philip finds out what the flap is about
A round-up of current and coming events on the Caribbean calendar
The new books, music, and film that are reflecting the region right now
Trinidadian writer Monique Roffey on Earl Lovelace’s first novel in 15 years: Is Just a Movie
Finally, someone with a PhD who speaks a language that de man pon de street can understand.” Nazma Muller loved Sonjah Stanley Niaah’s new book
Annette Arjoon-Martins heads Guyana’s Mangrove Restoration Project
Nazma Muller interprets the message behind the medium of T&T artist Wendell McShine, who’s making a name for himself in Mexico
St Kitts and Nevis are leading the way in not only preserving heritage sites, but also making them more productive. Simon Lee paid a visit
In Tobago, as Jonathan Ali discovers, falconry isn’t just a mediaeval sport – it's a great new form of pest control
Caroline Taylor charts one group’s efforts to protect these majestic, endangered creatures
Pierson Hill shares his photos of some of Trinidad’s rarest and most fascinating creatures
Paul Crask has a whale of a time whale watching off the coast of Dominica
Polly Thomas is captivated by the steep streets of the capital, St George’s, the white-sand beaches, and the spectacular beauty of the interior 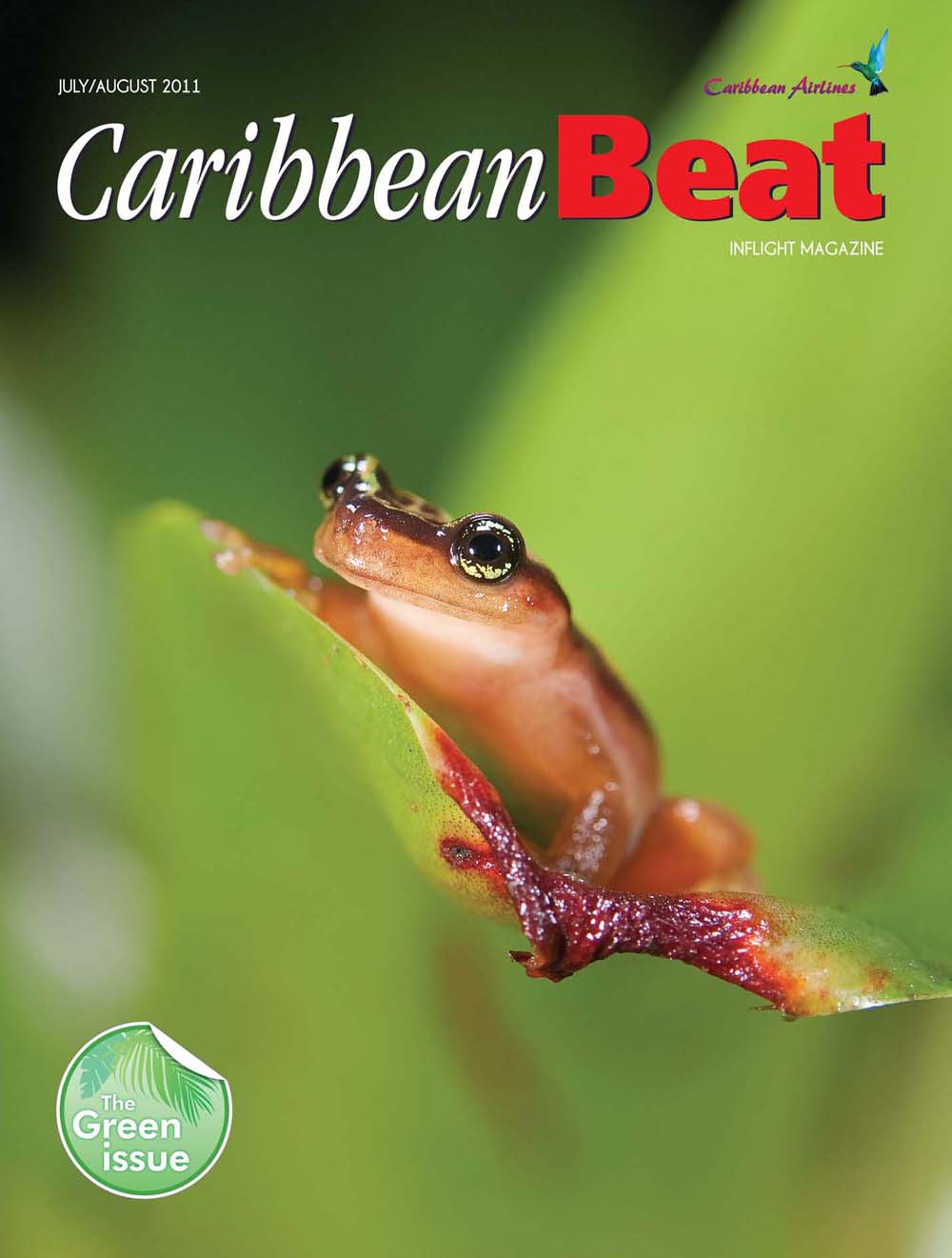