In this issue:
A dreadlocked Christian, the eccentric Yabby You earned a special place in the annals of reggae. David Katz recalls his struggles and his success
They said it was a good, solid, reliable car. Only James Fuller knew the dark side of his veteran Cressida
Tightening your belt doesn’t mean you have to go hungry. Franka Philip shares recession-fighting recipes
James Ferguson recreates a Jamaican slave uprising of 250 years ago, doomed when the Maroons were called in to hunt down their fellow Africans
Pop singer Teddy Afro is often described as Ethiopia’s Bob Marley. Garry Steckles rejects the comparison
The new music that is reflecting the region right now
The new books that are reflecting the region right now
The new films that are reflecting the region right now
Early-morning jazz music is a specialty at Ellington’s café in Toronto. Donna Yawching samples the menu
Designer Judith Rawlins is putting St Kitts on the fashion map. Laura Dowrich-Phillips looks through her racks of Caribbean casuals
Caribbean Beat went behind the scenes, where photographer Sean Drakes and Laura Dowrich-Phillips met the trailblazers of the local fashion industry
Guitarist Nearlin Taitt invented rock steady, the forerunner of reggae. David Katz pays tribute to this versatile pioneer
Helen Shair-Singh finds out how Francis Hendy, a modest tailor from Trinidad, became a celebrity designer in New York
The mighty Essequibo is one of the biggest rivers in South America. Desiree McEachrane took the plunge
Lisa Allen-Agostini measures up Millhouse, one of Trinidad & Tobago’s leading menswear designers
A round-up of current events on the Caribbean calendar
On the climb to the top of Dominica’s Morne Trois Pitons, Paul Crask learns to look at hiking in a whole new way
On Trinidad’s northeast coast, thousands of huge, rare sea turtles come to nest each year. Eric Hawk didn’t see a single one on his first trip there. 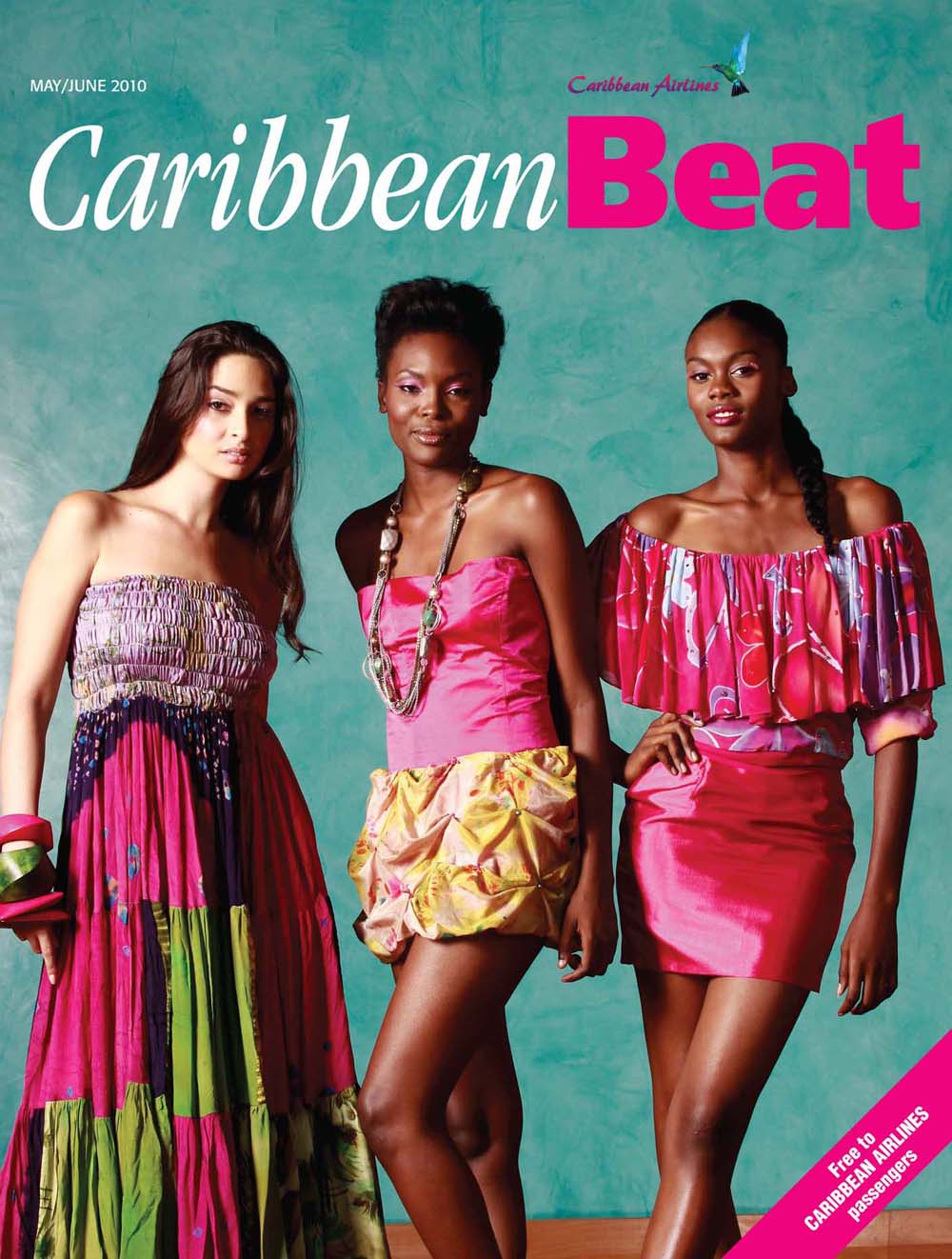