In this issue:
The new music that is reflecting the region right now
UK-based singer and chef Levi Roots is as hot as his Reggae Reggae Sauce. Franka Philip joins his fan club
The era of Prohibition led to a flourishing trade in contraband West Indian rum – and moonshine. James Ferguson takes a nip of the real McCoy
A new documentary digs up the roots of reggae. Garry Steckles joins in this joyful reunion
The new films that are reflecting the region right now
The new books that are reflecting the region right now
In a bag of old, scratched negatives, photographer Mark Lyndersay found priceless images of the Trinidad Carnival of half a century ago
For 50 years, Harts has been bringing out a fun Carnival band. They shared three generations of a family tradition with Lisa Allen-Agostini
For a professional calypsonian, it’s always Carnival season. N’delamiko Lord tries to keep up with the calypso king of Barbados
A round-up of current events on the Caribbean calendar
On the tiny island of Saba stands the highest point in the Kingdom of the Netherlands. Nicholas Laughlin saw the sights on his trek to the top
As the St Lucian Nobel laureate turns 80, Brendan de Caires reflects on the meaning of Derek Walcott’s life and work
Kenny Phillips is a man with a mission: to preserve and protect the music of Trinidad & Tobago. Laura Dowrich-Phillips finds he’s fighting the battle
Carl Gabriel has raised the Carnival craft of wirebending to a fine art. David Katz admires his many skills
There’s something in the water in Barbados that produces great singers. The island's latest sensation is Livvi Franc
But the Bahamas is still home for award-winning filmmaker Maria Govan. She spoke to Jonathan Ali about her life and work there
Jeannine Remy and Ray Funk mine the rich history of Invaders, one of Trinidad’s oldest steelbands
HIV and Aids are touchy subjects in Jamaica, but Kwame Dawes has braved them in poetry and prose. David Katz explored this multimedia project 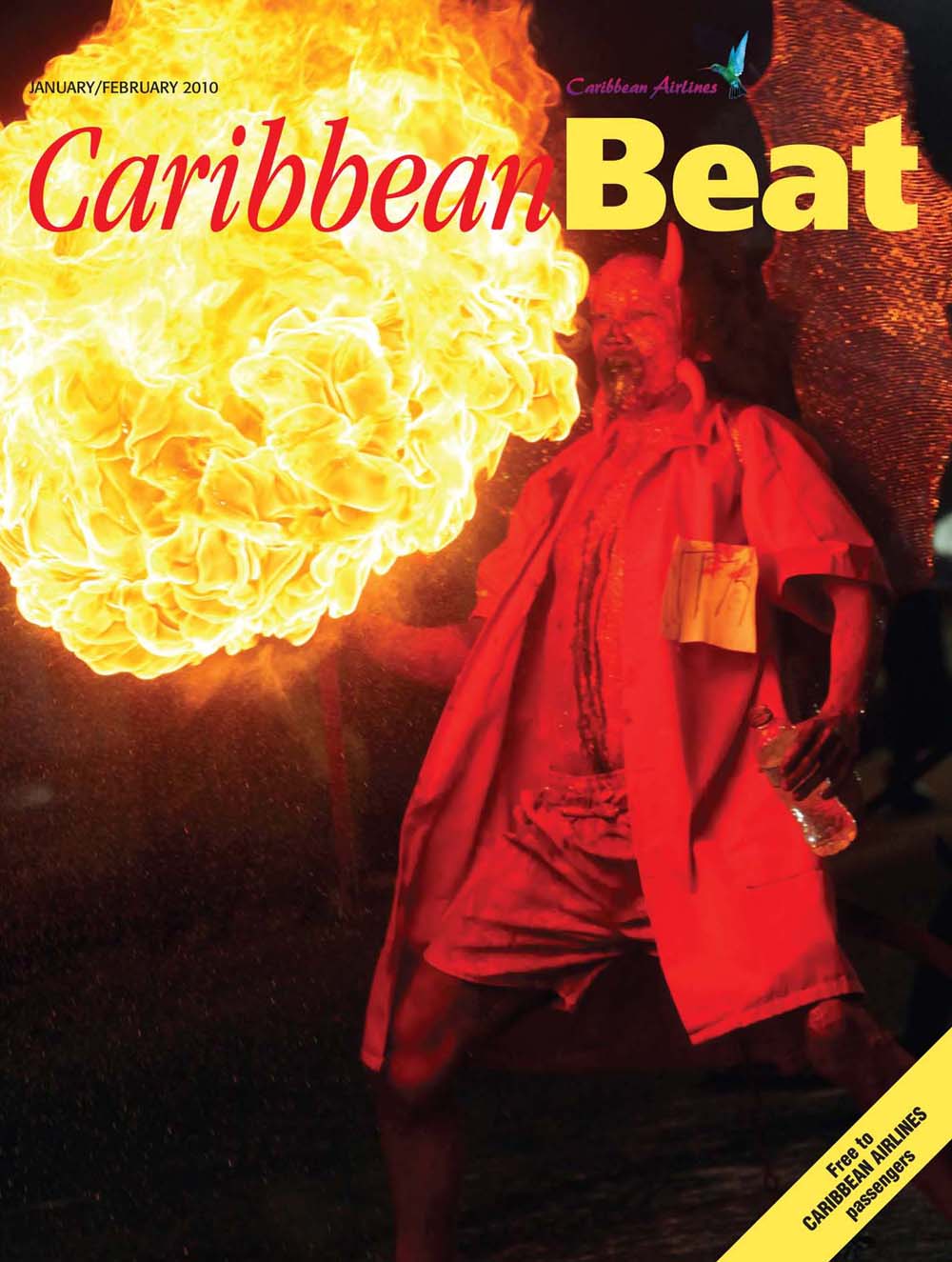